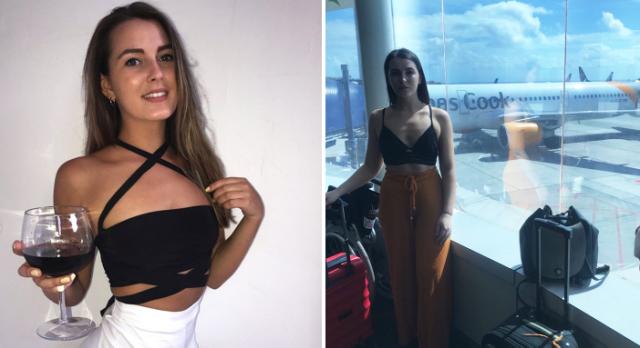 Emily O’Connor, 21, from Solihull, says Thomas Cook staff threatened to remove her from a flight she boarded from Birmingham to Tenerife unless she put a jacket on.

Staff threatened to remove Emily O’Connor if she did not cover up. [Photo: Instagram/Twitter]

Flying from Bham to Tenerife, Thomas Cook told me that they were going to remove me from the flight if I didn’t “cover up” as I was “causing offence” and was “inappropriate”. They had 4 flight staff around me to get my luggage to take me off the plane. pic.twitter.com/r28nvSYaoY

To top it off they allowed a man hurl abuse at me whilst the Flight manager and 4 air staff stood and said nothing.

asked the plane (as they were all listening now anyway) if I was offending anyone, no-one said a word. The manager then went to get my bag to remove me from the flight. A man then shouted “Shut up you pathetic woman. Put a f*cking jacket on”- the staff said nothing to him Soak Up the Sun and the Savings! Save up to $18 off flights & hotels with promo code BEACH18 Book Now!