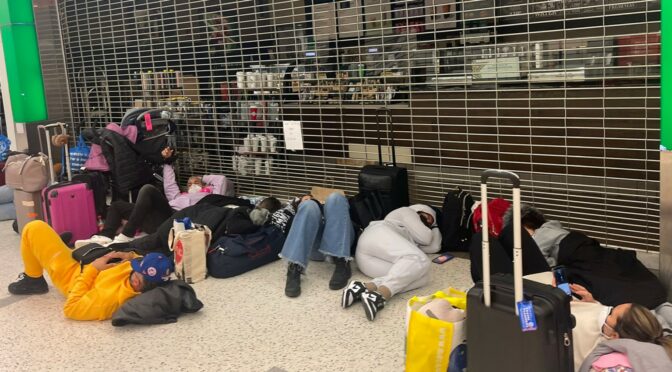 Fed-up JetBlue fliers were fuming at New York’s JFK Airport on Monday after flight delays left hundreds of weekend passengers stranded in terminals overnight or on the tarmac for hours.

“I’ll never fly JetBlue again,” said New Mexico-bound Claudia Agun, who flew in from Turkey — and told The Post she had been sleeping in the departures area since Saturday on a red Turkish Airlines throw blanket because of flight snags.

Christopher Broderick said he had two flights to California canceled on him since he woke up at 3 a.m. for his planned trip Monday.

“I was going to say I would never fly JetBlue again, but we’ve not been able to fly JetBlue,” he quipped.

Airline passengers Sunday griped that they were held “hostage” in the airport’s terminals overnight since JetBlue refused to cancel their flights until the last minute amid weather delays. 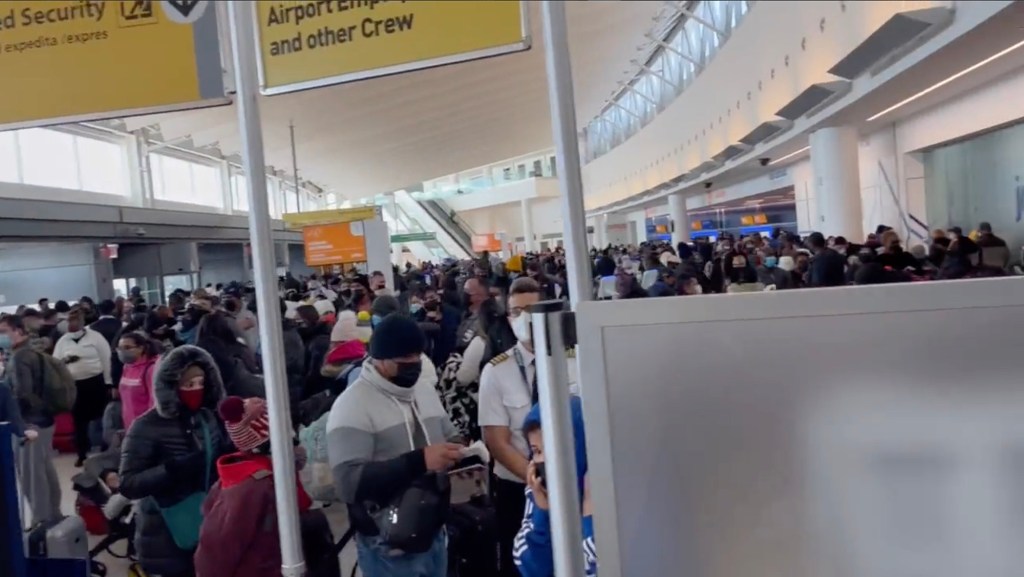