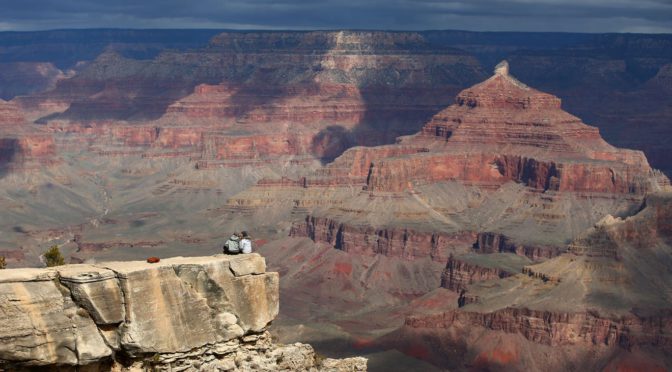 GRAND CANYON — Tourists appeared ready to roam Grand Canyon National Park again after it partially reopened Friday, despite objections from Navajo officials and others that it could hurt efforts to control the coronavirus.

By 7:30 a.m., more than two dozen people were enjoying viewpoints along the South Rim.

Among them was Matthias Zutter, 35, who was traveling through Arizona with his wife in a camper van as part of a final adventure before moving back to their hometown of Stans, Switzerland. The couple have been living in the U.S. for the past five years. They had visited the Grand Canyon once already but not the South Rim, which they’ve always wanted to hike.