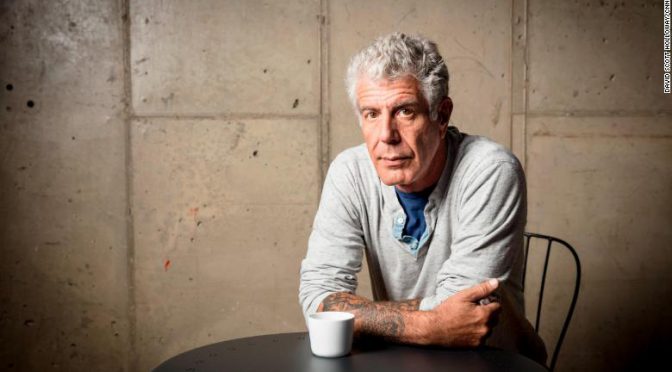 Anthony Bourdain was a chef, a writer, a TV host, and a celebrity. He taught people that brunch was a scam, that putting pen to paper is as much a noble act as it is a narcissistic one, that you really only need one outfit when you travel, and that selling out when you don’t have to is one of the fouler things a privileged person chooses to do. But more than that, Bourdain taught people that one of the most reliably good parts of humanity is getting the chance to learn — and succumbing to it.
Bourdain, who’d cut his teeth in the frat house ambiance of the kitchen, didn’t really begin traveling the world until he was in his 40s. After decades working as a chef and a struggling novelist, Bourdain found unlikely fame when a piece he wrote for The New Yorker turned into a book deal. The resulting biography Kitchen Confidential was hugely successful, and his publishers wanted more. Bourdain did, too. He teamed up with The Food Network in an attempt to kill two financial birds with one stone — that someone would pay for him to travel the world to do research for a new book, and film the process at the same time.