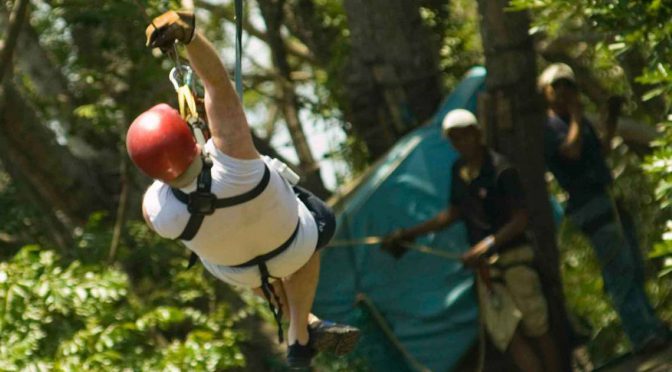 An Israeli couple on a honeymoon cruise aboard a Royal Caribbean International ship were involved in a zip-line accident that left one dead in Honduras last week.

According to Honduran newspaper La Prensa, 24-year-old Egael Tishman and 27-year-old Shif Fanken were on a cruise-ship excursion to zip line near West Bay, Roatan, when the accident happened at about 1:30 p.m. Thursday.

Fanken got stuck halfway along the zip line, Roatan Fire Department chief Wilmer Guerrerotold La Prensa. Tishman came behind her, colliding with her mid-air. The two sustained serious injuries and were transported to a hospital, where Tishman died overnight, according to the newspaper…..Click Here To Keep Reading