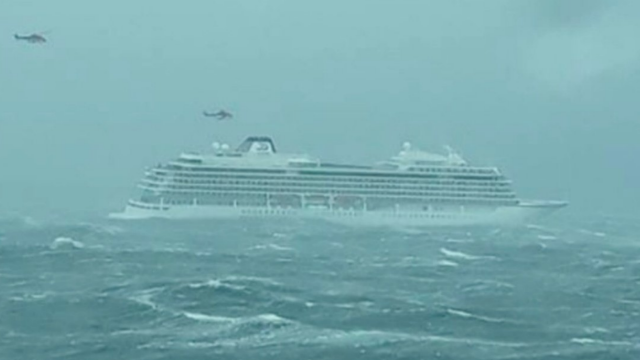 Passengers onboard a Viking Sky cruise ship are being lifted one-by-one by helicopters after the ship’s engines failed on Saturday during stormy weather off the west coast of Norway. The crew was able to restart one engine and deploy the anchor, preventing it from drifting toward land.

Breaking News:
A cruise ship has suffered engine failure in windy conditions off the west coast of Norway and will evacuate its 1,300 passengers.
The Viking Sky was drifting towards land and had sent out a mayday signal.
The ship belongs to Viking Ocean Cruises. pic.twitter.com/DtFbvGeV9X