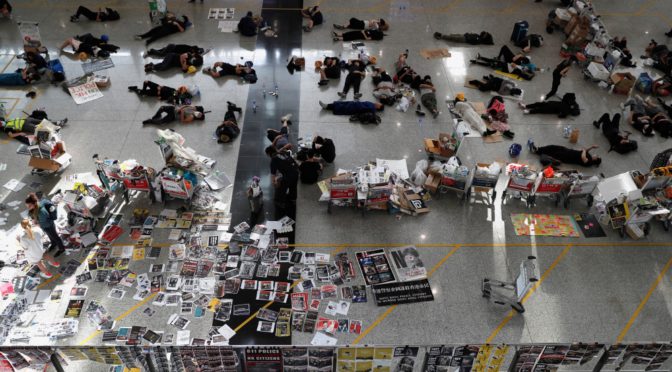 Hong Kong’s airport struggled to reopen on Tuesday with more than 300 flights cancelled, a day after a pro-democracy protest brought the air transport hub to a complete standstill.

The city’s leader Carrie Lam denounced the demonstrations saying that “lawbreaking activites in the name of freedom” were damaging the rule of law, and that the Asian financial hub’s recovery from anti-government protests could take a long time.

On Tuesday morning, stranded passengers were seen lining up to catch their delayed flights, as airport authorities announced that it will implement rescheduling while blaming demonstrators for the disruption at one of the world’s busiest airports.