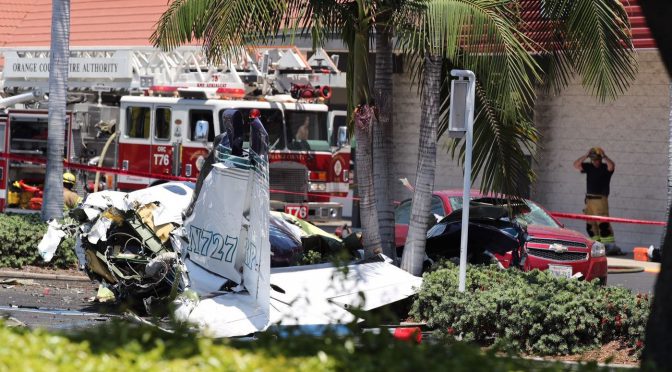 A twin-engine Cessna made an emergency landing at a shopping center parking lot in Orange County, California on Sunday, killing 5 on board.

At 12:30 p.m. the plane went down as it was headed for an emergency landing at John Wayne Airport in Santa Ana. The plane was enroute from Concord to Santa Ana.

No one on the ground was injured but there was extensive damage to an unoccupied car. 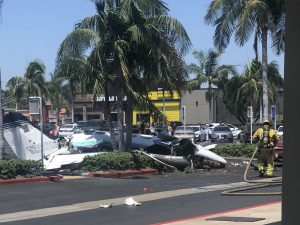