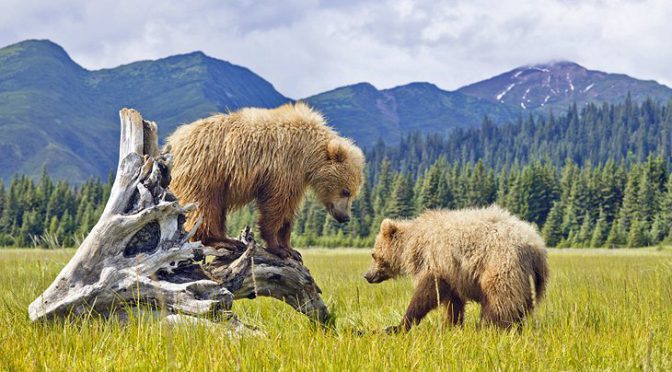 As Alaska is big, so too is its beauty. A vast, uninhabited wilderness overwhelms the comparatively small cities in the state, such as commercial-minded Anchorage, with its many things to do, and tucked-away Juneau (a curious state capital with no road access). This natural beauty can be enjoyed while hiking, paddling, and fishing in the great outdoors, especially as the state and national parks here are some of the largest in the United States.

Though there are a number of museums and other tourist attractions in the major centers, towns are perhaps more accurately used as jumping-off points for exploring the Alaskan wilds, such as Denali and Kenai Fjords national parks. But wherever your sightseeing may take you, the scale of Alaska is sure to impress…… 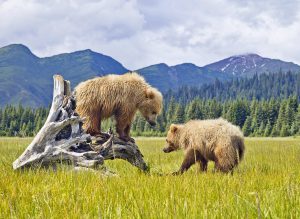 In the northern part of the Alaska Range, Denali National Park is the one of the largest in the United States and encompasses North America’s highest mountain. Denali is the 20,320-foot peak’s traditional name, but modern explorers dubbed it Mount McKinley. The name is a strong point of local contention. But names aside, the six million acres of wide river valleys, tundra, high alpine ranges, and glacier-draped mountains are purely spectacular. A single road leads into the park, and only park-approved buses are permitted to travel beyond Savage River. Views of Denali can be enjoyed from the park road, weather permitting.

Located midway between Anchorage and Fairbanks, Denali is the home of grizzly bears, wolves, reindeer, elk, and other animals. More than 167 species of birds have been recorded in the park. Another favorite among the park’s many things to do are the Sled Dog Kennels, which offer demonstrations and are home to dozens of energetic huskies.