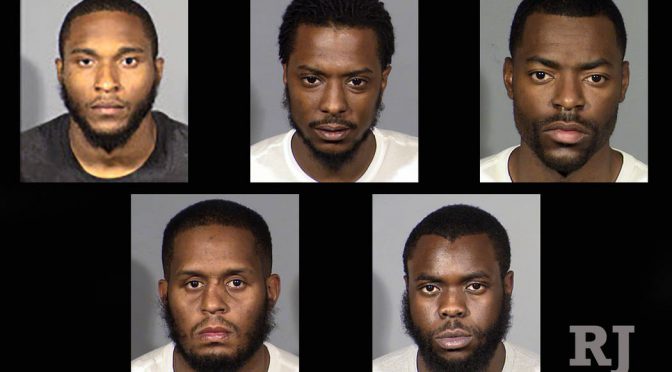 At least five men called a gay man homophobic slurs as they punched and kicked him at an off-Strip hotel parking garage, police documents show.

The attack happened about 6:10 p.m. Sunday in a parking garage at the Hard Rock Hotel, 4455 Paradise Road, according to an arrest report. Officers found five men who had handcuffed by hotel security. Another man, who told police he is gay, was bleeding from the bridge of his nose….Click Here To Keep Reading