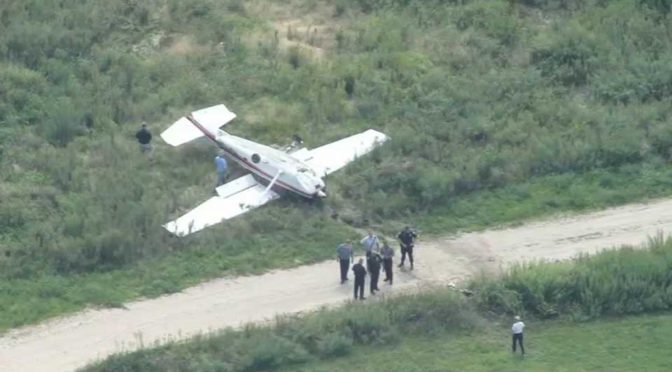 NTSB official says they’ve yet to the speak to the pilot of the Cessna that overran the runway at a Hanson airport and landed on its roof this afternoon.
It’s the 2nd plane crash near the airport in three days.
Live updates on @wbz at 5PM & 6PM. pic.twitter.com/246cXTtXeo