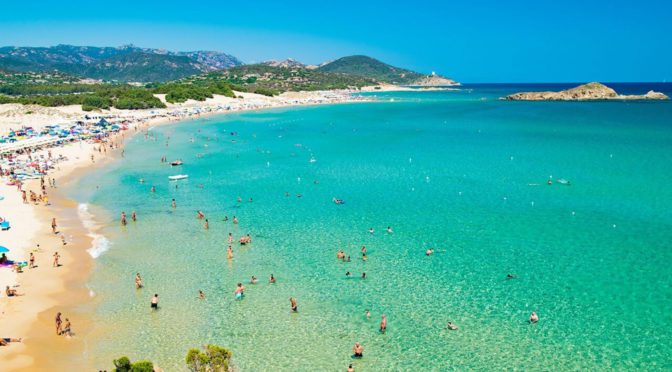 According to the Italian newspaper Corriere della Sera, two French citizens poured white sand into 14 plastic bottles from Chia, a beach in southern Sardinia, and put them in the trunk of their SUV.  The couple wanted to take it home as a memory of their vacation, but instead were caught on a ferry en route to Toulon, France.

The pair was charged with theft under aggravated circumstance for having stolen from a public beach. They face between one and six years of jail time, according to the report.