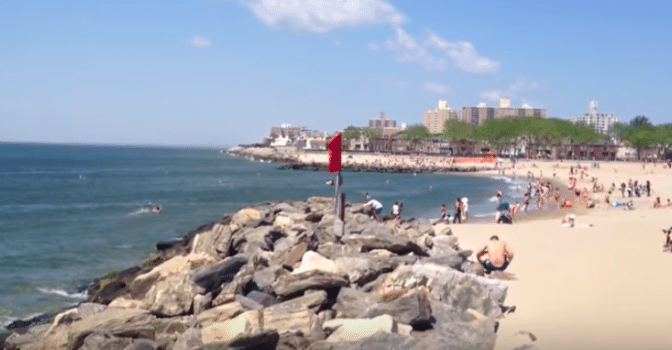 The waters at three beaches in southeast Brooklyn were festering with so much fecal bacteria, they were deemed unsafe for swimming on 101 days over the past two summers, according to city Health Department records.

The filthy surf plagued the roughly mile-long stretch covered by Kiddie, Manhattan and Kingsborough Community College beaches, which are concentrated around Rockaway Inlet.

They accrued more than triple the total bacteria warnings issued at the city’s seven other public beaches. Ocean beaches have less stagnant water than inlet beaches.