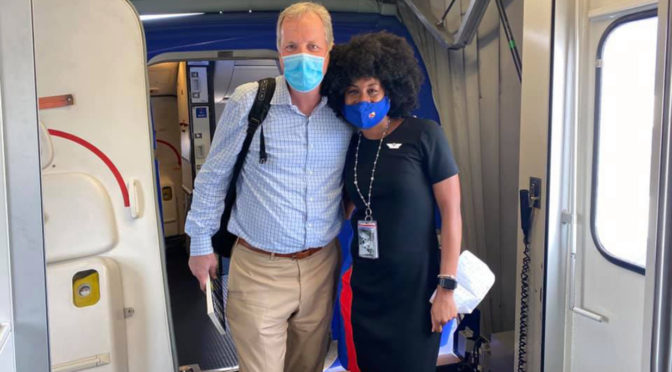 A black Southwest Airlines flight attendant had a heartfelt discussion on race and racism with a white passenger who she only later learned was Doug Parker, the CEO of rival American Airlines — all because she spotted him with a book on the topic.

JacqueRae Hill, 38, of Dallas, drove to work Friday morning with a “heavy heart” over George Floyd’s police-custody death in Minneapolis and the subsequent protests, she told ABC.

But her spirits lifted during the work day when she stopped to speak with Parker — who she didn’t recognize — but was intrigued by the book he had with him, “White Fragility: Why It’s So Hard for White People to Talk about Racism” by Robin DiAngelo.

“So how is the book?” Hill told ABC she began the conversation, as she sat down next to Parker.