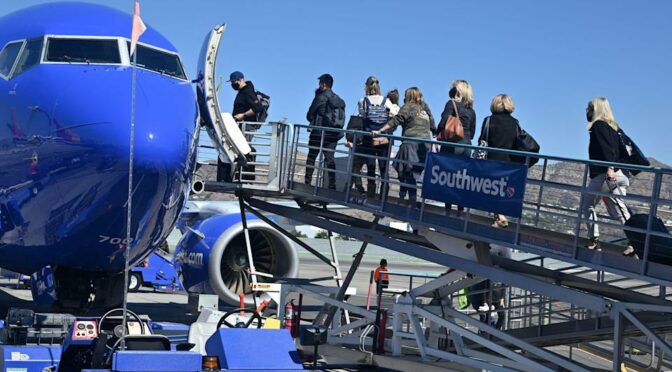 Recently, a national news narrative arose falsely implying that Southwest Airlines pilots walked out on their passengers, forcing them to cancel important family plans and leaving them stranded all over the country. And the untrue rumors indicated that they did this over a protest from the airline’s vaccine mandate policy.

To have a walkout, you must have a significant increase in pilots failing to show up to work. But the reality is, that data doesn’t exist. There has not been a dramatic spike in pilot sick call rates anywhere in the month of October. What actually happened was Southwest Airlines pilots and flight attendants were stranded away from their homes and families, right alongside our passengers. Much like our passengers, many of our crews were unable to find hotel rooms. That only exacerbated Southwest’s problems as numerous pilots were not legally permitted to fly due to a lack of rest before getting behind the controls of an airliner.

What the data does show is:

► High rates of Southwest pilots working overtime – both voluntary and involuntary — throughout summer 2021.

► A network disruption on Friday, Oct. 8, followed by a dense flight schedule Saturday, Oct. 9, with an increase of pilot flying time by 8.2% from the previous weekend left no margin for recovery.