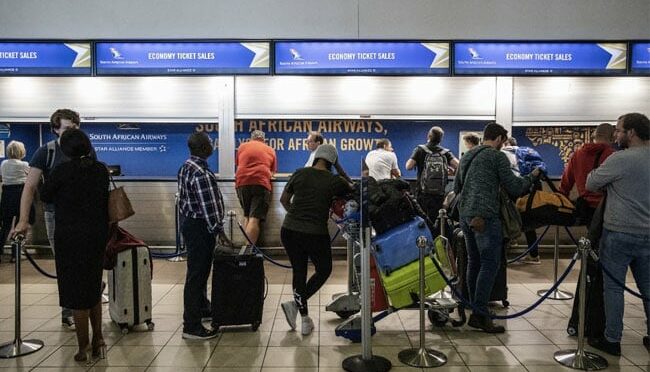 Scores of Britons flooded the OR Tambo International Airport in Johannesburg in a desperate rush to get home after the UK temporarily banned flights from six African countries, including South Africa, amid concerns over a new COVID-19 variant identified as B.1.1.529.

Anxious-looking travellers stood in long queues at Johannesburg’s international airport on Friday, desperate to squeeze onto the last flights to countries that had just shut their doors to South Africa.

Many cut short their holidays, rushing back from safaris and vineyards when Britain announced late Thursday night that all flights from South Africa and its neighbours would be banned the following day.

A flurry of nations have since followed suit, concerned about the discovery of a new coronavirus variant with a large number of mutations fuelling an infection resurgence in South Africa.

UK citizen Toby Reid, a 24-year-old trader in London, was camping on Cape Town’s Table Mountain with his girlfriend when the ban was announced.