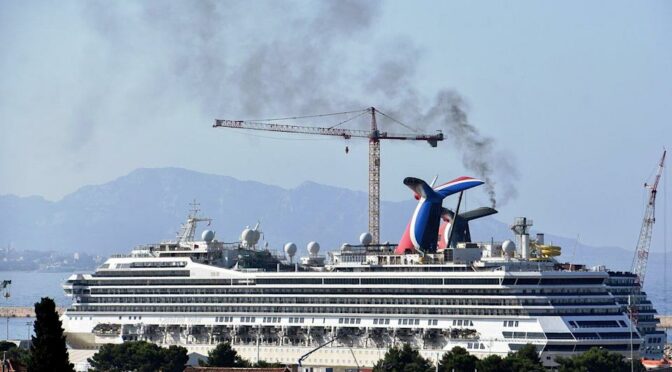 Authorities are searching for a cruise ship passenger who went overboard on Wednesday afternoon.

The Coast Guard received a call around 3 p.m. on Wednesday reporting that a 32-year-old female passenger on the Carnival Valor cruise ship fell into the water about 150 miles from shore of Louisiana, according to a statement.

“Carnival Valor supported the search for a guest who jumped overboard from her balcony on Wednesday afternoon while the ship was at sea,” Carnival says in a statement obtained by PEOPLE.

“The ship’s command immediately began search and rescue procedures, returned to the area near where the incident occurred and notified the U.S. Coast Guard. Carnival’s CARE team is providing support to the guest’s husband who was traveling with her, as well as her family,” the statement continues. “Coast Guard officials took over the search effort and released Carnival Valor on Wednesday evening. Our thoughts are with our guest’s family.”

The U.S. Coast Guard did not immediately respond to PEOPLE’s request for comment.