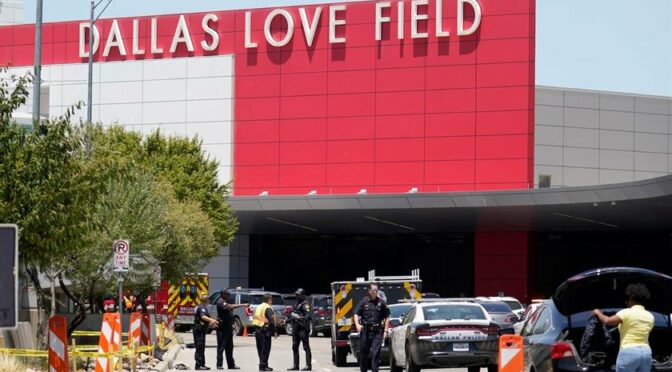 DALLAS (AP) — A 37-year-old woman fired several gunshots, apparently at the ceiling, inside of Dallas’ Love Field Airport on Monday before an officer shot and wounded her, authorities said.

The woman was dropped off at the airport at about 11 a.m., walked inside near the ticketing counters and entered a bathroom, Dallas police Chief Eddie Garcia said at a news conference. She emerged wearing a hooded sweatshirt or some other clothing that she hadn’t arrived in, pulled a gun and fired several shots, apparently at the ceiling, he said.