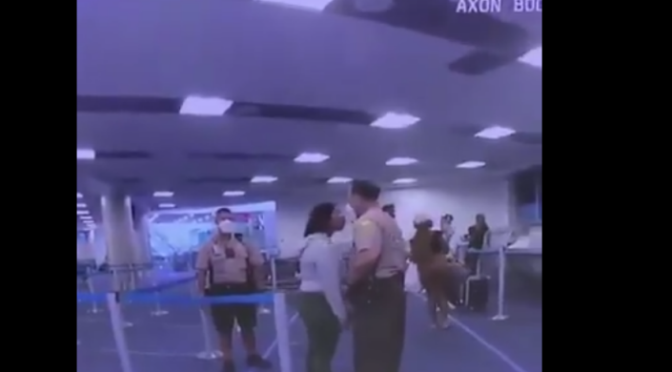 The police department in Miami-Dade has dismissed two officers after one punched a black woman at Miami International Airport.

The department ordered an investigation into the incident on Wednesday night when a video – dated 1 July – was shared online.

Miami-Dade Police Director Alfredo Ramirez III wrote on Twitter that he was “shocked and angered” at the video, which showed an argument between two masked cops and one black woman.

Mr Ramirez III said on Wednesday that the video had been sourced via a police bodycam at the scene.

“Actions such as these undermine the hard work that we have invested in our community and causes my heart to break for our community and for the vast majority of our officers who dedicate their lives to serving our County,” said Mr Ramirez.