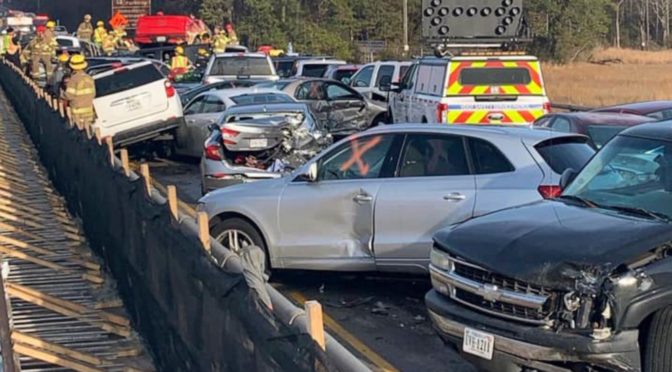 WILLIAMSBURG, Va. (AP) — A pileup involving more than 60 cars on a major interstate in Virginia on Sunday morning injured dozens of people, some critically, according to state police.

The accident happened just before 8 a.m. Sunday on Interstate 64 in York County and for a time shut down traffic in both directions, Virginia State Police Sgt. Michelle Anaya said in a statement.

The agency tweeted that there was fog and ice along a bridge when what was described as a chain-reaction wreck began.