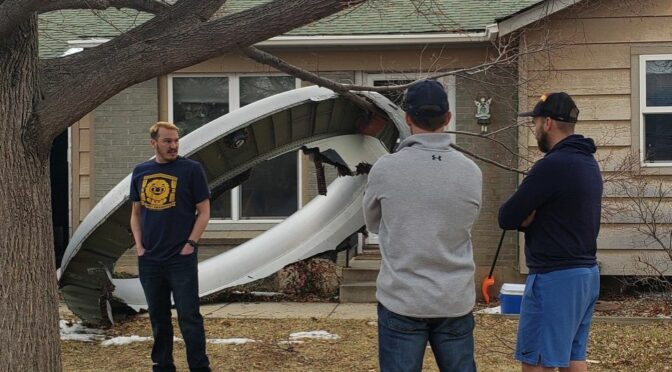 Debris from a US passenger jet fell onto Denver suburbs during an emergency landing on Saturday, with one very large piece narrowly missing a home.

The United Airlines flight was bound for Honolulu when it suffered a right engine failure shortly after take off from Denver International Airport.

Large pieces of debris could be seen falling from the sky in Broomfield, a suburb north of Denver, before the aircraft was able to return safely to the airport.

Remarkably, nobody aboard or on the ground was reported injured, Broomfield Police Department said.