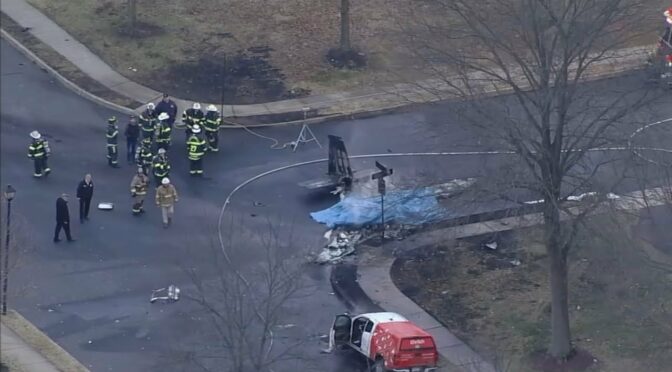 A 74-year-old flight instructor from Chalfont and a 55-year-old Philadelphia man have been identified as the victims of Thursday evening’s fatal plane crash in Hilltown.

Bucks County Coroner confirmed on Saturday that Alfred George Piranian, of Chalfont, and Brian Filippini, the owner of the 1965 Beechcraft 35-C33, both died of multiple blunt injuries in the crash. The deaths have been ruled accidental.

Coroner Meredith Buck said Filippini was flying the plane when it crashed shortly before 5 p.m. in a Hilltown neighborhood not far from a middle school. No one on the ground was injured, but a pickup truck and nearby home were damaged by debris and fire.