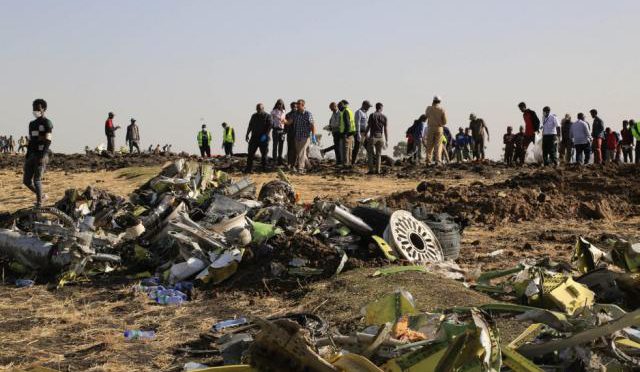 A pilot on the Ethiopian Airlines flight which crashed three weeks ago was heard saying “pitch up, pitch up” just moments before the disaster, the Wall St Journal has reported.

The conversation happened when the plane was just 450ft (137m) off the ground as the aircraft begun to point downwards, according to the paper.

The plane’s radio reportedly died moments after the comment was captured. All 157 people on board were killed when the Boeing 737 Max crashed.