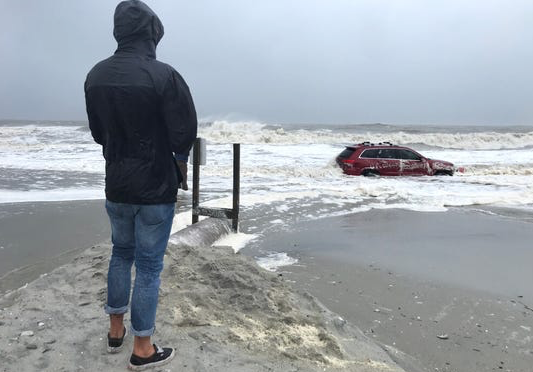 The vehicle’s license plate appeared to have been removed, and the specific model of the car was not immediately known.

Police on the scene ordered observers to leave the area Thursday afternoon as high tide approached. No rescue attempt was visible, and there was no indication anyone was injured or missing.

Myrtle Beach Police Department Lt. Mark Jackson said a call about the car was received after 7 a.m. Thursday. He said there was no occupant on scene when police arrived, and he said he had no information on the vehicle’s owner or the circumstances of its apparent abandonment.