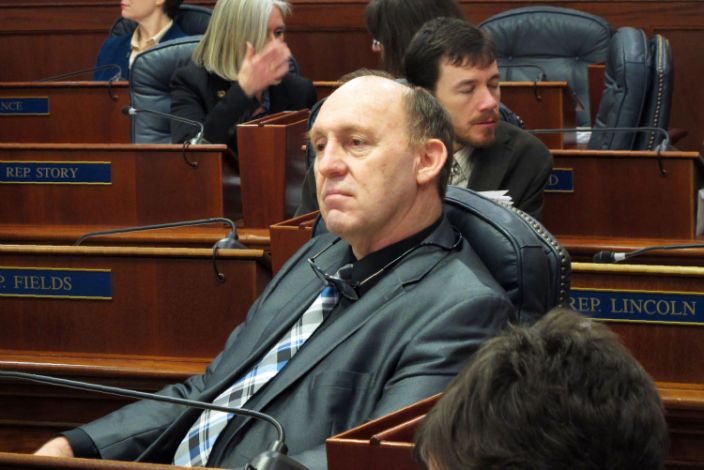 FILE – This Feb. 12, 2018 file photo, Alaska state Rep. Gary Knopp waits during a break in a floor session in which the House failed to elect a permanent speaker in Juneau, Alaska. The Alaska House Majority says Knopp was killed in the mid-air collision of two planes near Soldotna on Friday, July 31, 2020. Alaska State Troopers would not confirm Knopp’s death beyond saying the mid-air collision near the airport in Soldotna was a fatal crash. (AP Photo/Becky Bohrer, File)