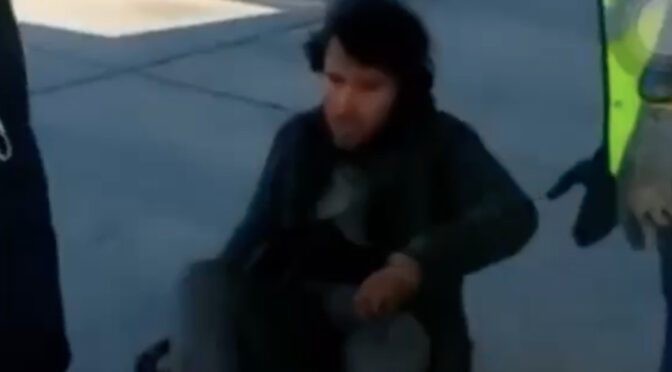 An American Airlines flight from Guatemala to Miami Saturday was revealed to have one additional passenger on board: A man who had stowed away in the plane’s landing gear.

A video posted on Instagram by Miami local social news site Only in Dade showed airport crewmembers apparently discovering the passenger after the plane arrived at the gate.

The man, who came off of American Airlines flight 1182, which landed about 10 a.m. ET Saturday, was taken by ambulance to a nearby hospital. The maintenance worker who recorded the video declined to speak on the record for fear that he would lose his job.

Samuel Orozco, a spokesperson for the General Directorate of Civil Aeronautics, Guatemala’s civil aviation authority, said the matter was still under investigation in the Central American country and could not provide further details at this time.

The U.S. Immigration and Customs Enforcement, the law enforcement agency charged with enforcing U.S. federal laws concerning border control, customs, trade, and immigration, could not be reached for comment on Saturday.

Dan Vasquez, a member of the content team at Only in Dade said, “We received this video and spoke to the person that took it, he was very scared and it is unbelievable that someone would survive this.”

“Can you imagine that kind of wind pressure?” Vasquez said.