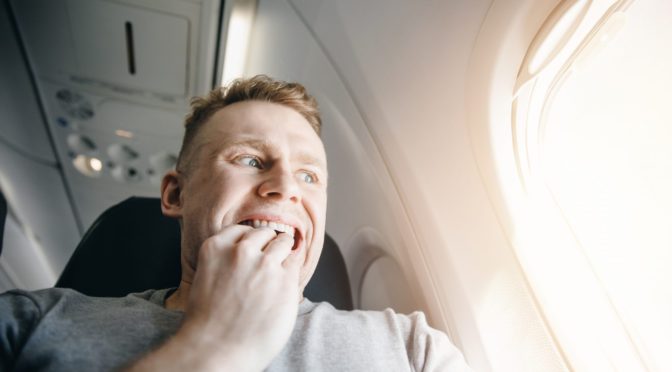 Tami Augen Rhodes needed to fly to Washington. An invitation to a black-tie event at the Supreme Court was an opportunity the 49-year-old lawyer in Tampa did not want to miss. But Rhodes had not flown since she was 35, when an escalating dislike of flying grew into a firm phobia.

Desperate to get to Washington without resorting to a long train ride, Rhodes called into a weekly group-telephone chat run by Tom Bunn, a former Air Force and commercial airline pilot and licensed clinical social worker who runs a program for fearful fliers.

Bunn asked her what she was afraid of.

“I started crying,” Rhodes recalled. She told the group what worried her. “I am afraid of dying.”

Fear of flying, or aviophobia, is an anxiety disorder. About 40 percent of the general population reports some fear of flying, and 2.5 percent have what is classified as a clinical phobia, one in which a person avoids flying or does so with significant distress.