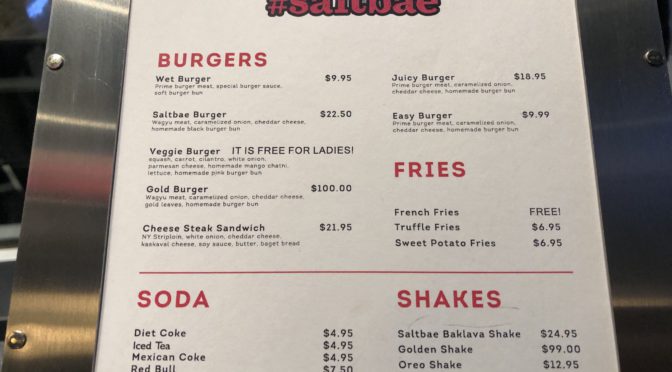 Three years ago, a Turkish butcher named Nusret Gökçe became an internet phenomenon after he posted a video of himself stripping, slicing and then sensually salting a hunk of meat.

Salt Bae was born — and the internet couldn’t get enough … for a few months.

Today, Gökçe still boasts more than 26 million Instagram followers, who eat up clips of his over-the-top seasoning style. He’s also been able to use his viral fame to grow his branded empire of steakhouses and burger restaurants around the world.

Today, Gökçe operates over a dozen eateries, but his latest venture, a burger place in New York City called #SaltBae, is definitely not as popular as the man himself.