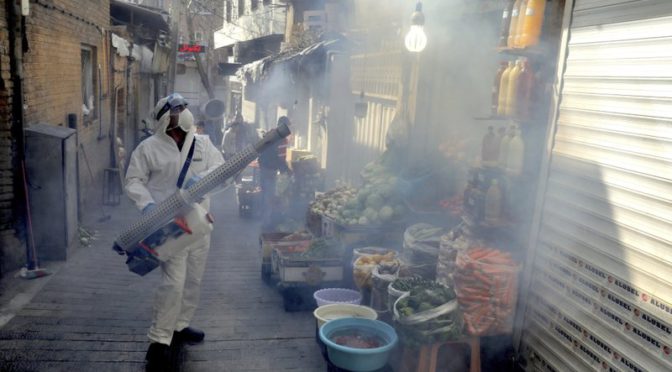 TEHRAN, Iran (AP) — Iranian authorities warned Friday they may use “force” to limit travel between cities and announced the new coronavirus has killed 124 people amid 4,747 confirmed cases in the Islamic Republic.

Health Ministry spokesman Kianoush Jahanpour offered the figures at a televised news conference. He did not elaborate on the threat to use force, though he acknowledged the virus now was in all of Iran’s 31 provinces.

The threat may be to stop people from using closed schools and universities as an excuse to go to the Caspian Sea and other Iranian vacation spots. Semiofficial news agencies in Iran posted images of long traffic lines as people tried to reach the Caspian coast from Tehran on Friday, despite authorities earlier telling people to remain in their cities.