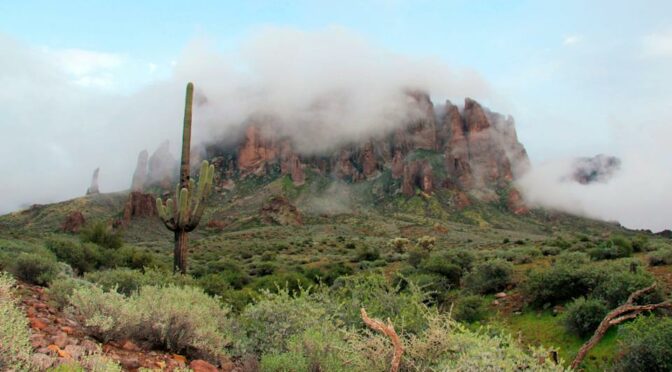 A hiker camping in an Arizona mountain range fell hundreds of feet to his death while trying to take a photo, authorities said.

The hiker, identified as 21-year-old Richard Jacobson, was camping with a friend in the Superstition Mountains just east of Phoenix this week. On Monday around 12:45 a.m., the Pinal County Sheriff’s Office said in a statement, its search and rescue unit was sent to the Flatiron Trail “after a 911 caller reported his friend had taken a fall from the mountain.”

Jacobson had gone to the edge of the mountain to take a photo when he slipped, authorities said. He fell an estimated 700 feet and was pronounced dead at the scene.