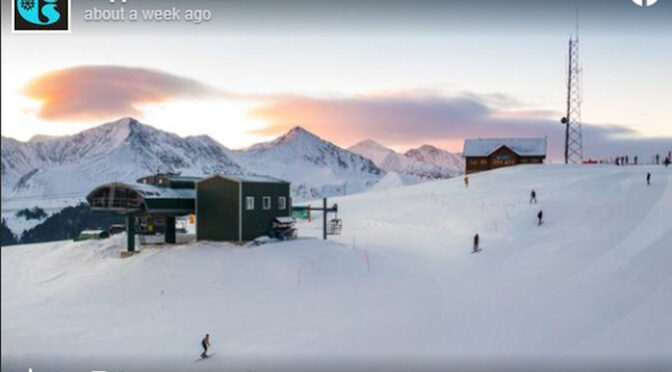 A man wearing a red jacket with “Ski Patrol” written in permanent marker followed a girl at a Colorado ski area, police said.

The man impersonating a ski patroller followed a girl from a ski run last week at Copper Mountain, a ski resort about 75 miles west of Denver, the Summit County Sheriff’s Office said Jan. 27.

“The unidentified adult male was wearing a red jacket with ‘Ski Patrol’ written poorly on the outside, in what appeared to be Sharpie marker,” deputies said in a news release.

The man followed the girl across the ski resort from the Center Village to the East Village, officials said. She was then able to elude him.

The incident was reported to the sheriff’s office on Tuesday, Jan. 25. Deputies opened an investigation after receiving the report and are searching for the man.

“The odds of solving a case can drop by 50% in the first 48 hours after a crime is committed,” Summit County Sheriff Jaime FitzSimons said in the news release. “Therefore it is imperative to any investigation that both victims and witnesses report a crime to law enforcement immediately.”

Officials ask that anyone who has information contact the Summit County Sheriff’s Office.

Copper Mountain told Fox 31 that its ski patrollers wear black pants and red coats. The resort logo is visible on the uniform and name tags.

“All on-mountain personnel have been notified of the incident and the description of the individual,” the resort told FOX 31. “Copper Mountain takes the incident very seriously and is conducting an internal investigation.”