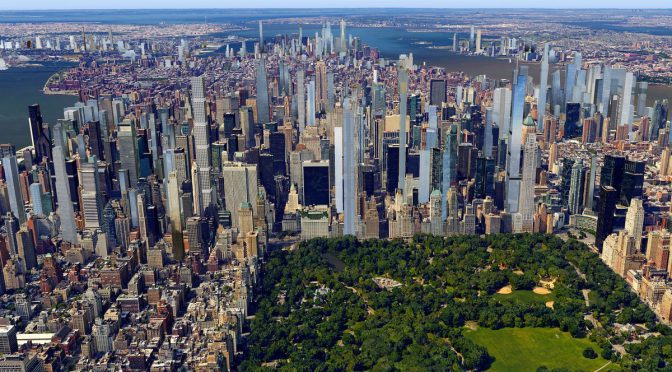 New York is a global city, a centre of international diplomacy and a business hotspot. One, two, three- they are the basics. It is outright difficult to find a city in America with more musical and business diversity than NYC and it is indeed its joie de vivre that makes it a home to eight and half million people and over a hundred major business installations. The city is hallmarked by the Statue of Liberty.

Places of Interest in New York City
Statue of Liberty
Statue of Liberty is to America is what the Eiffel Tower is to France. It is the most iconic of American symbols ever since 1886 AD and is the first thing that greets a visitor when he comes to NYC. To get the best possible shot of this historical marvel, you might want to go to the Liberty Island. Situated half a mile away from the Statue of Liberty is the Wall of Honor on Ellis Island, another popular tourist hotpsot that has inscribed on a wall the immigrants who had come to America in hope of a better life. Here’s a fun fact: if you belong to a family of immigrants, you can find or inscribe your ancestor’s name in this 700,000 names strong list.

Lake Placid
This scenic Lake Placid has twice hosted the Winter Olympics during the last century and the visitors find it a natural choice for skiing. With all other recreation and food joints coming together as a standard here, visitors are also advised to visit Mirror Lake which is just 2.5 miles away and is an absolute eyecandy.

Empire State Building
Located in Manhattan in New York City, Empire State Building is what you can’t miss for an incredible 360-degree view of the city. This skyscraper has 102 storys and is the fifth highest in the country. On the second floor, the Visitors’ Center guides the visitors through a spacious, air-conditioned room and a pathway that lead to security checks and buy tickets. On the 80th floor, one finds the centrepiece of attraction, Dare to Dream. It captures the unforgettable moments during the construction and engineering of this monumental building. It has several photographs, architectural sketches and construction notes from those 3500 workers who made the skyscraper a reality.