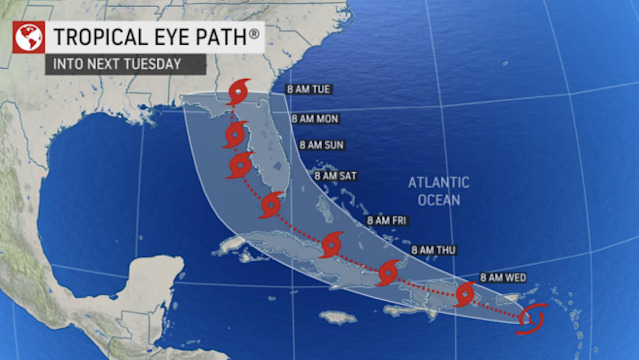 AccuWeather meteorologists are tracking a developing system, designated Potential Tropical Cyclone Six by the National Hurricane Center (NHC), that could soon become the sixth-named storm of the Atlantic hurricane season. They say it will track through the northern Caribbean before eyeing the United States. Floridians are being urged to remain vigilant as the AccuWeather Eye Path® will bring the system close to the Sunshine State with the potential for heavy rainfall, gusty winds and severe weather and dangerous seas.