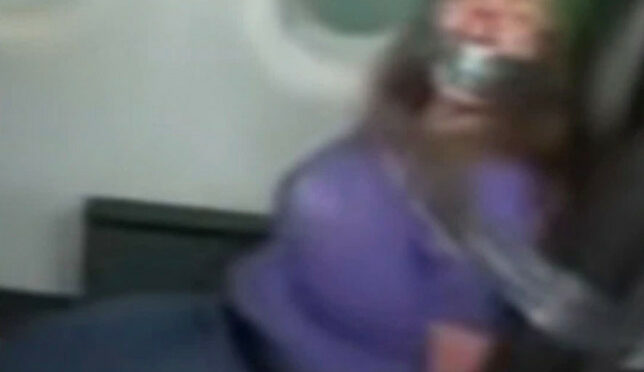 The camera pans right as it’s going down the isle and you get a quick glance of a woman duct taped to her seat.

An apparently unhinged woman was duct-taped to an airplane seat last week after she allegedly attacked the flight crew and tried to open the door of the aircraft in midflight.

Video posted on social media showed the gray-haired woman with silver duct tape over her mouth, and her arms and body seemingly taped to the seat.