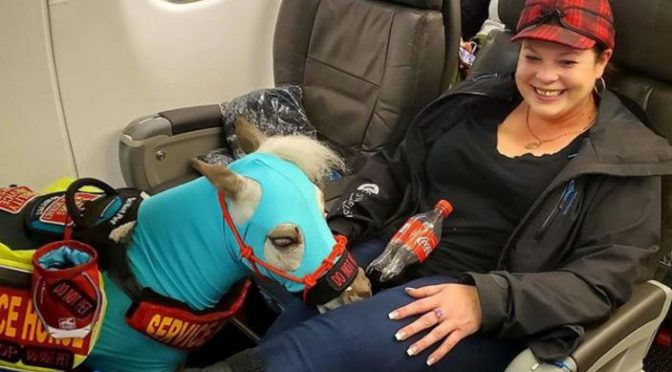 In 2017, Marlin Jackson boarded a cross-country flight. When he got to his row, another passenger was already in the middle seat with an emotional support dog in his lap.

According to Mr. Jackson’s attorney, “The approximately 50-pound dog growled at Mr. Jackson soon after he took his seat…and continued as Mr. Jackson attempted to buckle his seat belt. The growling increased and the dog lunged for Mr. Jackson’s face…who could not escape due to his position against the plane’s window.” Facial wounds requiring 28 stitches were the result.