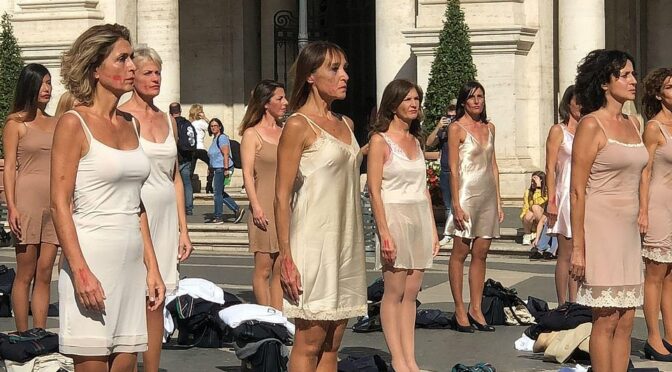 Dozens of former flight attendants from defunct Italian airline Alitalia stripped off their uniforms Wednesday, wearing only undergarments in a silent, choreographed protest in central Rome.

Long financially ailing, Italy’s decades-old airline flew its last flight on Oct. 14. A new airline, ITA, began flying the next day, using some of Alitalia’s aircraft. It also bought the Alitalia brand, but it is taking on fewer than 3,000 of Alitalia’s 10,000 employees.

Union officials say those who will work for ITA are being hired at significantly lower pay scales.

Some 50 former flight attendants stood in rows in a square atop Rome’s Capitoline Hill, lowered their company shoulder bags to the cobblestone pavement, then slowly and in synch, removed their overcoats, then uniform jackets, then skirts, then stepped out of their high-heeled shoes.

They remained barefoot, wearing only a slip, in silence for a few minutes. Then they carefully gathered up their garments and shoes and together shouted, “We are Alitalia!”

Union leaders have been pressing for the government to extend unemployment benefits for as long as five years.

This article originally appeared on HuffPost and has been updated. 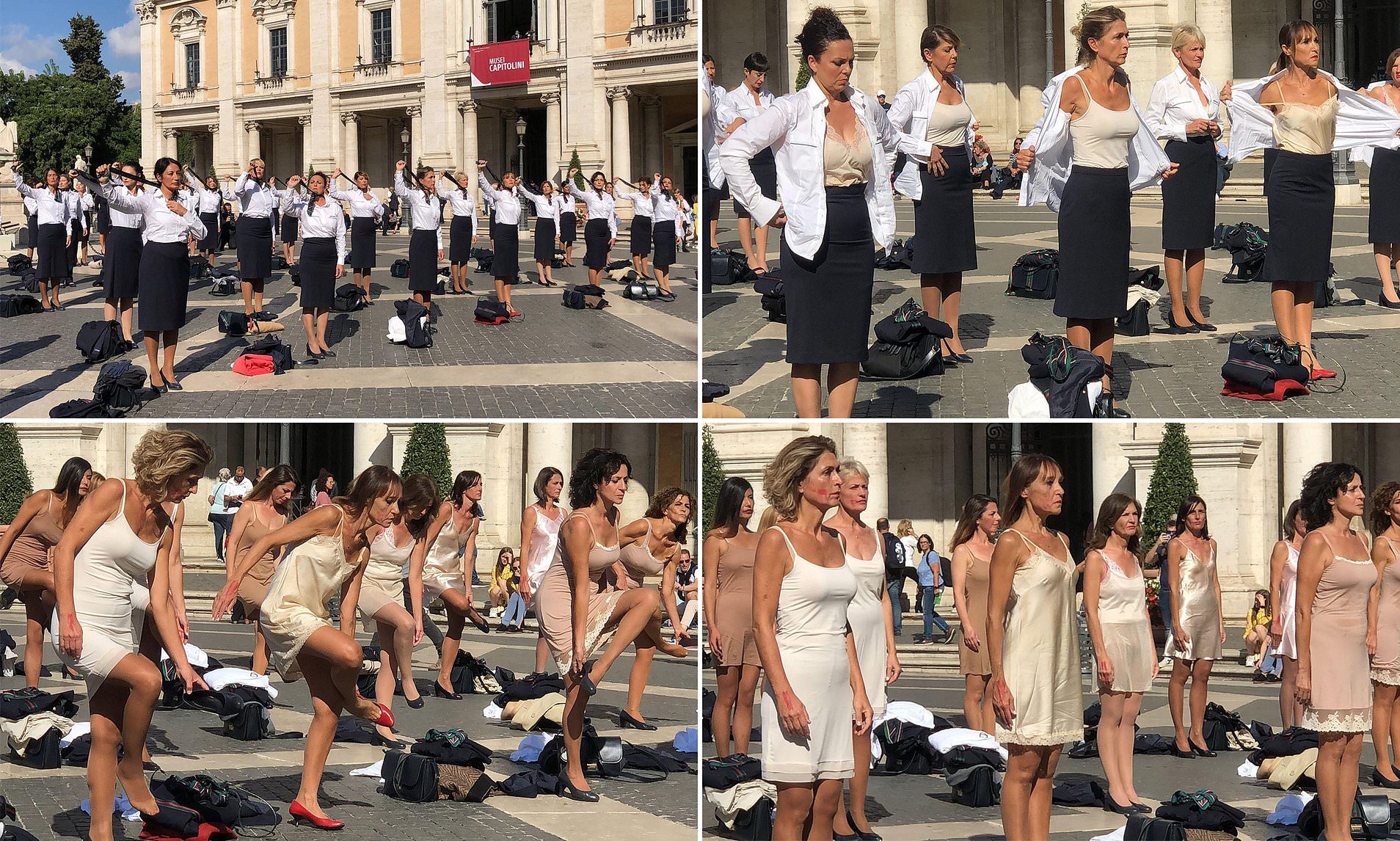