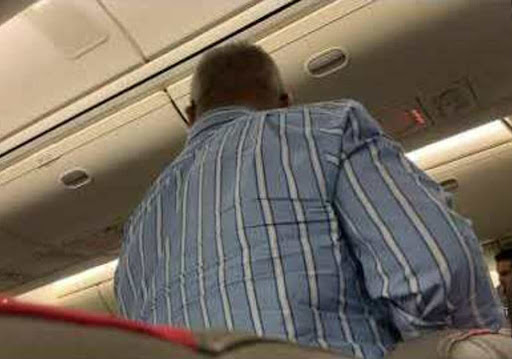 An intoxicated passenger caused disruption on board American Airlines Flight 927 headed from Miami, Florida, to Guayaquil, Ecuador, on February 26.

Passenger Gabriela Panchana, who filmed this video, told Stortyful that the passenger allegedly “stole liquor from the plane’s kitchen, peed in the aisle, yelled, and insulted and threatened other passengers.”

Other passengers on the plane can be seen interacting with the intoxicated man and attempting to reason with him. Eventually, a flight attendant interjects, asking the other passengers to sit down and telling the man, “put that seat belt on and stay in that seat, I don’t want to hear it.” The man then approaches the cabin crew, and is pushed by a male flight attendant, who also demands that he sit down.

“The crew was unable to control the situation… I want to believe that there are better procedures to handle situations that affect the safety and well-being of the rest of the passengers on the plane,” said Panchana in a message to Storyful.

Panchana went on to say that once the plane landed in Guayaquil, Ecuadorian police boarded and escorted the drunk passenger off the plane. “He kept yelling and cursing after being released at the airport, so he was brought back inside by the police to be detained,” Panchana said. Credit: EnVozAltaEC via Storyful