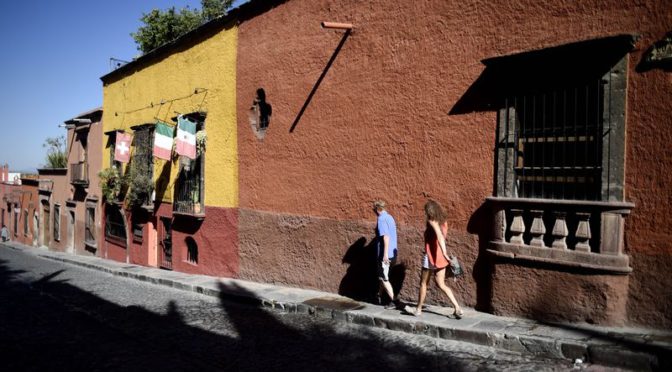 There are the cobblestone streets, the colonial-era buildings and wrought-iron balconies, the neo-Gothic steeples soaring high above the pink-sandstone church anchoring a corner of the main plaza. Travel and Leisure magazine has twice named it the best city in the world, a ratification of how beloved it is with tourists and retirees from the U.S., Canada and beyond.

But lately, San Miguel has been attracting a very different sort of crowd: the drug cartels. And the moment they arrived and began pushing cocaine and imposing their brutal brand of property tax, the murders began.

A restaurateur died in a hail of gunfire in front of horrified customers after he refused to pay extortion demands. The son of the owner of a construction-materials business was killed on his way to work.  A tortilla shop owner in the nearby town of Celaya was gunned down along with two of her employees. And a fruit vendor, a convenience store operator, another restaurateur and three cantina owners closed their doors after shakedown-visits and, it would appear, are lying low.