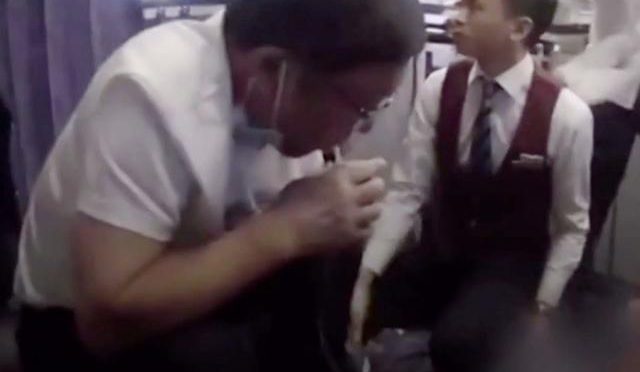 A Chinese doctor had to think on his feet when a passenger on his flight suffered a medical emergency.

The doctor, who was flying from Guangzhou to New York on China Southern Airlines Flight 399, was still six hours away from his destination when he sprung into action.

The ill passenger was sweating and had a swollen belly, Zhang said. The man’s family had also informed cabin crew that the traveler was previously diagnosed with an enlarged prostate, which Zhang suspected was causing a blockage, according to China News.

“He was going into shock and may have suffered a risk to his life if we didn’t tend to him urgently,” the doctor was quoted saying.