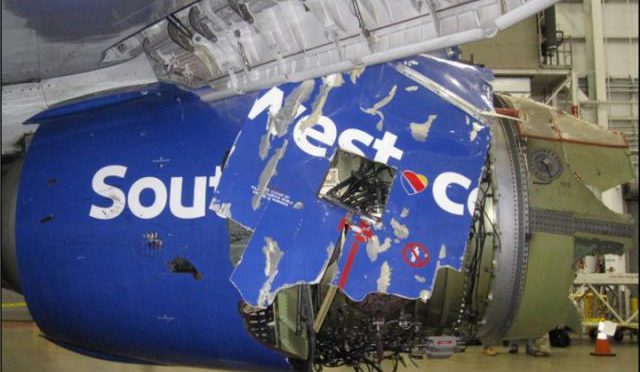 During the chaotic scene inside Southwest Flight 1380, flight attendants had to deal with a situation not covered in the training manual.

The left engine had just suffered severe damage, causing debris to pierce the side of the plane and blow out a window. The woman sitting in seat 14A, Jennifer Riordan, was partially sucked out of the plane and died from her injuries.

The death of Riordan, a New Mexico businesswoman, marked the first passenger fatality in Southwest Airlines Co. (NYSE: LUV) history. On Tuesday, the National Transportation Safety Board released its final report on the April 17, 2018 accident.

The NTSB is the government agency charged with investigating transportation accidents. As part of the investigation process, the NTSB makes recommendations to other parties about how to prevent similar events from happening again.