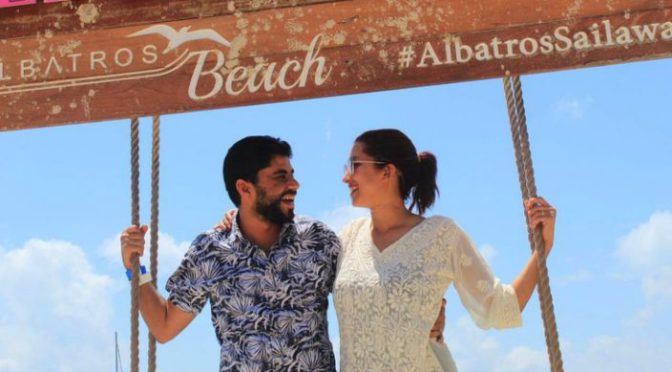 It began with a wedding in Egypt’s capital Cairo on 6 March: eight years after they first met, 36-year-old Khaled and Peri, 35, married in front of their friends and families.

A few days later, the Dubai-based couple left for Cancún, Mexico, with barely a worry in the world: coronavirus seemed a distant concern, as it had yet to fully spread across the globe.

So while the couple were careful to avoid crowded places, they say they “never expected” travel restrictions to affect their plans.

But by the time they were returning home to the United Arab Emirates (UAE) via Turkey on 19 March, the full scale was becoming apparent.

“While we were on the plane we had access to internet and then we started getting messages from people ‘Are you going to be able to get to Dubai? There’s a new law, they’re banning expats,'” Peri told the BBC.