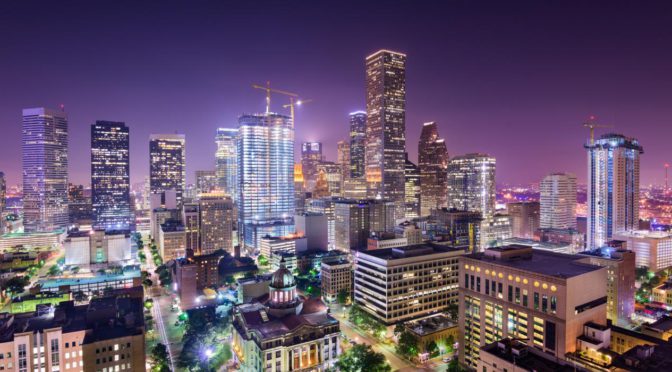 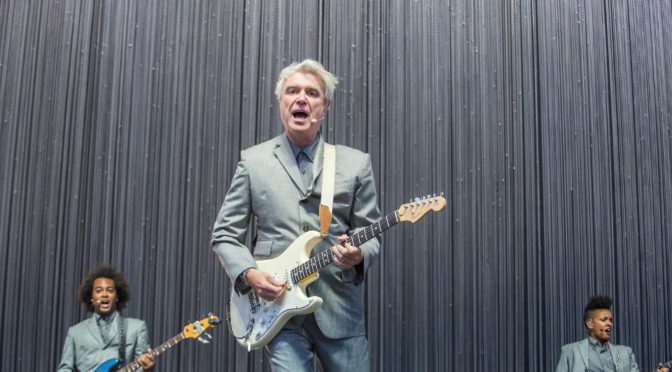 Austin is known as the ‘Live Music Capital of the World’.  Don’t miss out on this one-of-a-kind performance from David Byrne! 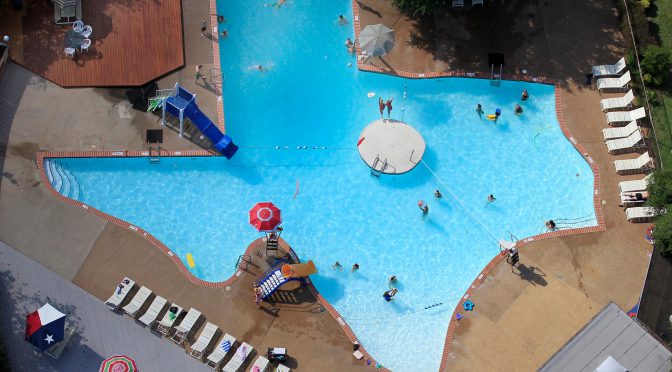 Plano, Texas is home to the historic 168,000-gallon saltwater pool that just so happens to be shaped like Texas.

It has a diving board, 2 water slides, an island with a shallow
“South Texas” wading area, and has water and beach volleyball. 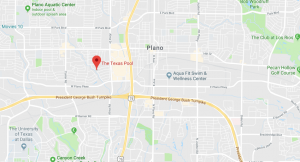 Book Now A Romantic Getaway and get $20 Off. Promo Code : LOVE20 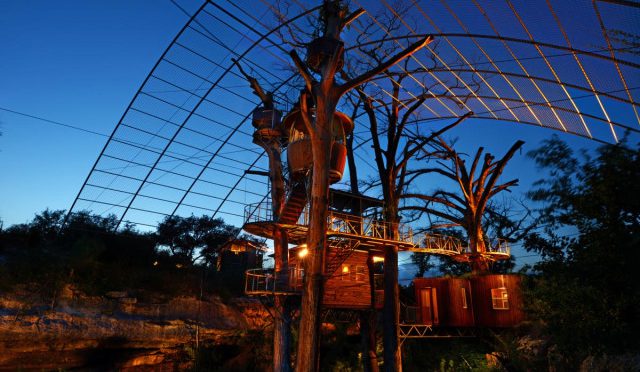 s and Airbnbs are great, but sometimes we all crave a little something different.

If you’re seeking a unique stay during your next Texas getaway, here are some spots to consider. 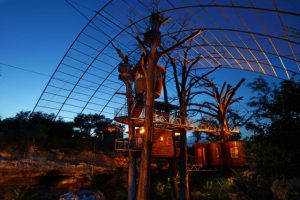 Cypress Valley Canopy Tours may be known for its zipline tours above the lush Texas Hill Country, but it’s also gaining a reputation for the overnight stays it offers in its treehouses. The property’s Nest, for example, includes two bedrooms, a lounge, a kitchenette/dining room, an outside shower and a small bridge that connects to a bathhouse. 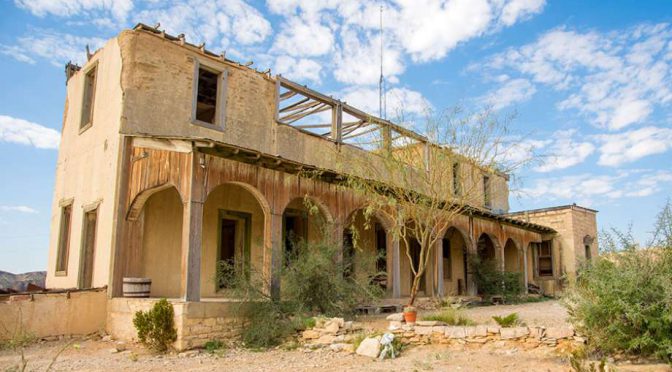 Sure, all your friends seem to be going to the beach, tubing or camping for their summer vacations. But you haven’t really experienced summer in Texas until you’ve visited a ghost town.

The towns have long been abandoned by its former residents but remnants of their existence remain in the form of buildings, monuments and forgotten history. Some of them are practically empty now because of devastating hurricanes, drought, dam breaches or economic collapse…..Click Here To See More Ghost Towns 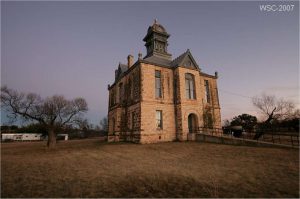 Sherwood – Located in Irion County, southwest of San Angelo, Sherwood is now a small rural community but used to be the county seat. When Mertzon was named the new county seat, Sherwood’s courthouse (pictured)….Click Here To See More Ghost Towns 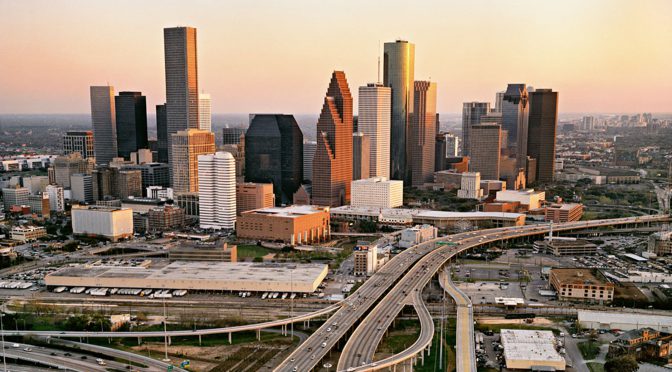 Houston is considered as a major American metropolis and is the largest city in the Southern United States. Lush greenery, stunning architecture, and diverse history are some of the major attractions of Houston in the state of Texas.

Houston is nicknamed as ‘Space City’ and is a global city with major strengths in business, international, entertainment, culture, media, fashion, medicine, research, technology, sports, and trade. Not only this, the city is famous for its various forms of art, theaters, parks and recreations, infrastructure and much more. Founded on August 28, 1836, and incorporated as a city on June 5, 1837, Houston city is known widely for its fourth-tallest skyline in North America after New York City, Chicago, and Toronto. Also, a seven-mile system of tunnels and skywalks links many buildings, shops and restaurants.

The Houston Museum of Natural Science: This remarkable science museum boasts of an excellent collection of dinosaur skeletons, mineral specimens, a planetarium, an IMAX theater space-station models and a six-story butterfly center. The museum was established in 1909 with a goal to provide an independent institution for the people of Houston focusing on education and science. Some of the permanent exhibits include the Foucault pendulum, Cullen Hall of Gems and Minerals, Farish Hall of Texas Wildlife, Strake Hall of Malacology, Earth forum and much more.

Houston Zoo: This one is a must visit site for all wildlife adorers. The zoo houses near about 6,000 species of variety fauna and receives more than 2.25 million visitors each year. Not only this, but the city’s zoo is also known for supporting more than a dozen conservation projects in Texas and across the globe.

Children’s Museum of Houston: This is one of the most preferred spots for children. This museum consist of numerous hands-on interactive exhibits from the fields of science and technology, health and human development, history and culture and the arts.

The Menil Collection: This amazing art facility comprises of many collections of some of the most surrealist works by artists like Salvador Dali and Max Ernst. A total collection of around 17,000 objects including various paintings, sculptures, photographs and other things are found in the Menil Collection, located in Houston, Texas, USA.

Houston experiences a humid subtropical climate. It’s warmer during summers and pleasant during spring and fall. The best time to visit Houston is from February to April and from September to November. The temperature remains mild and cold during these months.

Also, the city experiences cold climate and occasional snowfall during winters. So, make sure you do not forget to book cheap flights to Houston during winters and pack some warm clothes.

The William P. Hobby Airport is the nearest major airport. The airport caters to domestic flights and is 14 miles away from the center of Houston, Texas. Another primary airport is George Bush Intercontinental Airport which is 21 miles far from Houston, Texas and holds both domestic and international flights.

Find some of the best domestic airline tickets and low-cost flights to Houston with Lookupfare and make your trip to the Space City unforgettable. 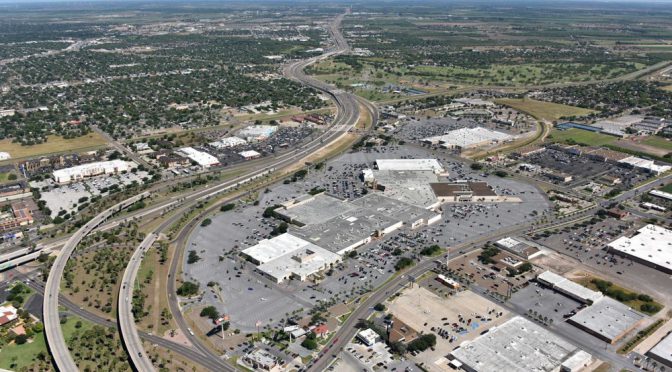 Book Your Stay In Harlingen Now!

Harlingen is located in the middle of the Rio Grande Valley of Southern Texas, USA. The city is an ultimate destination for people who love to indulge in art and culture, fishing, shopping and outdoor adventures like golf, horseback riding, hunting, fishing, bird watching and more. One can also enjoy numerous beach and water activities like surfing, kayaking and dolphin watching.

Places of Interest in Harlingen
Harlingen Arts and Heritage Museum
The Harlingen Arts and Heritage Museum is one of its kinds in the entire Rio Grande Valley. Former Air Police Squadron and Brig of the Harlingen Air Force Base has been converted into museum and holds permanent collection of various historical objects and photographs. Apart from this building there are three historical buildings in the premises, which include Original Home of Lon C. Hill (Founder of the Harlinger Town), Paso Real Stagecoach Inn, and Harlingen’s First Hospital.

Go Golfing
The region in and around Harlingen is full of local country clubs and public golf courses. The city owns four public and one private golf course. At Rancho Viejo Resort, there are two 18 hole championship courses. Another beautiful 18 hole course lies besides Laguna Madre Bay at the South Padre Island Golf Club.

Book Your Stay In Harlingen Now! 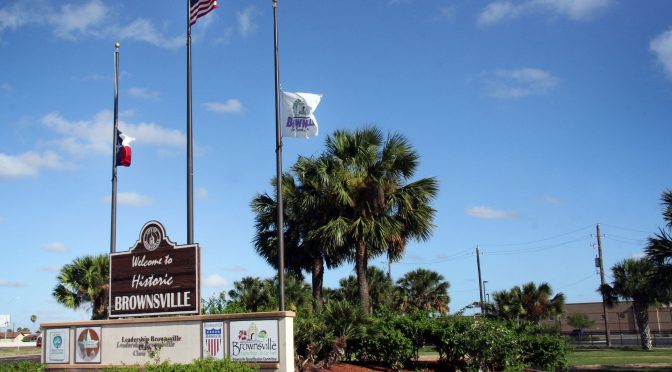 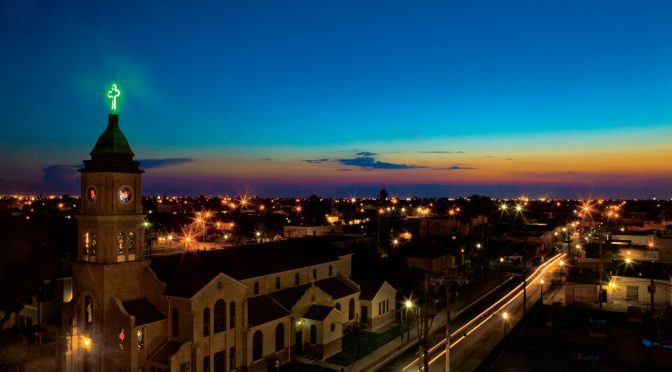 Book Your Stay In Mcallen Now!

your McAllen Vacations and one of the most famous birding spots in the city is a group of 9 sites called the World Birding Centers. It is North America’s most productive birding location and hosts a large number of bird and butterfly species. You can choose to save big through McAllen vacation packages and to have a hassle-free vacation.

The best time to visit McAllen is the summer season from June to August. The temperature ranges from 70-90 deg F and you can use this time for sightseeing.

McAllen and the rest of Rio Grande Valley are the most important places on a bird watcher’s map in North America. The city lies between North and South America, on a migratory path chosen by thousands of migrating birds and butterflies during winters. The city is also inclusive of some picture-perfect natural scenery and some harmless wildlife.

Quinta Mazatlan is an Adobe mansion and nature and birding center in McAllen. It is also a regional wing of the World Birding Center in McAllen. It offers guided tours to its inside and to the adjoining 15 acres of land that offer an enchanting combination of flora and fauna native to South Texas.

The International Museum of Art & Science in McAllen is focally known for its superb collection of European and Latin American artworks related to 16th to 19th centuries, and several Japanese prints, modern art, folk art and antique stained glasses. You should also take out time for a children’s exhibit, a sculpture garden, a science playground and images taken from the Hubble Space Telescope.

Book Your Stay In Mcallen Now! 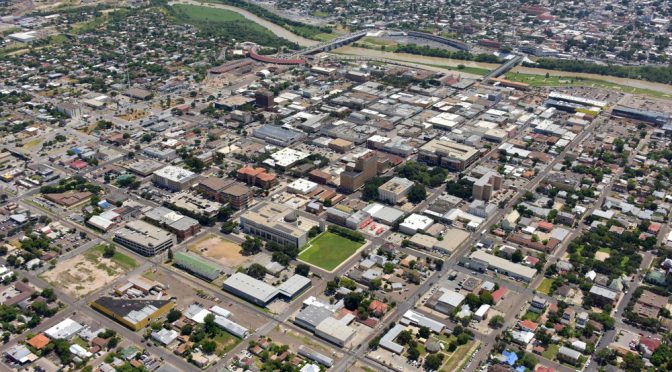 Book Your Stay In Laredo Now!

The county seat of Webb County in Texas, Laredo is a city located on the north bank of the Rio Grande in South Texas in the United States. The climate of the city is semi-arid with mild temperatures during the winters and the hot temperatures during the summers. Laredo’s climate is affected by the Gulf of Mexico to the east, the Sierra Madre Oriental Mountains to the west, and the Chihuahuan Desert of Northern Mexico and West Texas. May, June, and July are the hottest month in Laredo. The city has a lot to offer as a tourist attraction. It is an excellent city to visit with family and friends.

Laredo Energy Arena:
A multipurpose arena in Laredo, Laredo Energy Arena has a capacity to seat up to 8000 fans at an ice-hockey game, 10000 at a basketball game, 11000 at concerts, and around 8000 at an arena football game. This arena is located on the northeastern side of the city near Laredo International Airport. Tourists can enjoy a match or concert here to relish adrenaline rush in this spectacular tourist spot.

Lake Casa Blanca:
A reservoir on the Chacon Creek, Lake Casa Blanca is around 5 miles northeast of downtown Laredo. It is a naturally beautiful site stocked with species of fishes intended to improve the utility of the reservoir for recreational fishing. Fish species that are present in this lake include catfish, hybrid striped bass, carp, and largemouth bass. Recreational uses of Lake Casa Blanca include camping, swimming, mountain biking, boating, and picnicking.

Book Your Stay In Laredo Now!