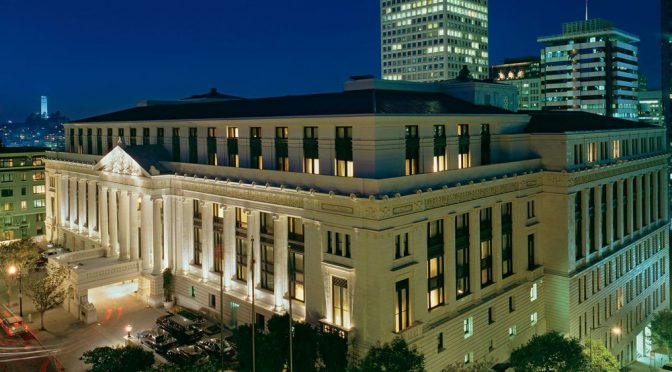 “Where should I stay in San Francisco?”

You could do Airbnb. Why not? Many do. But it can be risky. And spotting the homeowner’s half-used Kirkland toiletries in the bathroom is always a deflating sight. For visitors who yearn for more top-drawer treatment, staying at one of San Francisco’s many hotels is a must. (Also good for locals who want to get away for the night without having to leave the 7×7-mile confines of the city.)

Only the best hotels have made this cut; though keep in mind, the list is presented in no particular order. The collection includes historical stunners like the Palace, the Fairmont, the Sir Francis Drake, the Obama-approved Intercontinental (one of several SF hotels with a presidential suite), the even the kitschy coolness at the Clift. 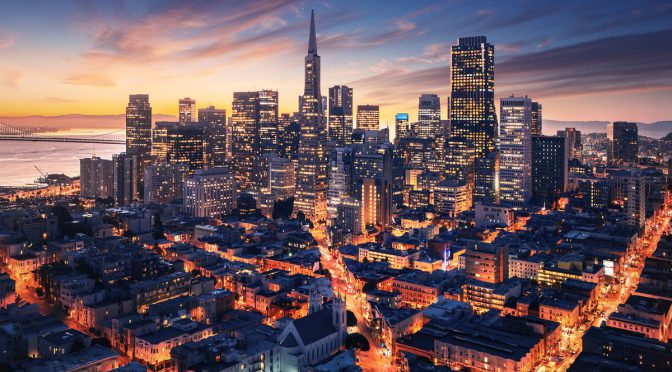 A popular tourist destination – San Francisco is home to more than 220 parks, spectacular hills within city limits and is the major traditional, commercial, and economic center of North California. The city is the birthplace of the United Nations. Whether you are a local resident or a tourist, San Francisco is all about exploring different things, sights and life.

San Francisco is well known for its climate, rich heritage, mixed architecture and landmarks including Golden Gate Bridge, Fisherman’s Wharf, Chinatown District, amongst many others. The city is also famous for its world-class and state-of-the-art tourist spots, museums, galleries, beaches, parks, sports, education, entertainment, events, festivals and performing arts. It has got several nicknames including ‘The City by the Bay,’ ‘Fog City,’ ‘Baghdad by the Bay,’ ‘The Paris of the West,’ or simply ‘The City.’ It was founded in 1776 and is one of the most favorite holiday destinations in the world.

Golden Gate Bridge: The huge red bridge engulfed by fluffy white fog with the glittering clear blue waters below, makes for a sight that gets engraved in our hearts for eternity. The Golden Gate Bridge, which is internationally known as the symbol of San Francisco, California and the U.S, is one among the wonders of the modern world. Also, the bridge has been featured in many films, music albums, and television series.

Alcatraz Island: Originally founded as a military fortification facility, a military prison, and a lighthouse, the island is now a major attraction for history buffs and regular tourists alike. Located on the San Francisco Bay, it features sea-bird colonies and rock-pools. The island was also placed on the National Register of Historic Places in 1976 and got featured in media and popular culture, including films such as X-Men, The Last Stand, The Rock and much more.

Fisherman’s Wharf: A lively neighborhood, it is famous for its delectable seafood dishes, museums, shopping opportunities and sea-lion colony. It is one among the busiest and famous tourist attractions in San Francisco. Fisherman’s Wharf hosts many events including world-class fireworks display and Fleet Week air shows featuring The Blue Angels. Grab some cheap airline tickets to San Francisco and try some of their signature dishes such as Clam Chowder, Dungeness Crab, and Oyster Shooter.

China Town: This place is the oldest in North America and the largest Chinese community outside Asia. China Town has been highly important and significant in the history and values of ethnic Chinese immigrants. Numerous parks, two hospitals, a post office, squares, social clubs, worship places and other infrastructure is located in the town.

Exploratorium: Founded by Physicist and educator Frank Oppenheimer, it provides a hands-on learning experience. Exploratorium covers various topics of arts and science and believes that a person’s interest to learn something new goes a long way when it comes to understanding many theories. It puts emphasis on human perception in most of its exhibits making them even more interesting for the visitors. The site has been described as the most important science museum to have opened since the mid-20th century by the New York Times.

Aquarium of the Bay: Located at Embarcadero and Beach Street, it is a public aquarium which houses many aquatic animal species from the San Francisco Bay. One if its best features is the stunningly beautiful underwater tunnel which provides an up close and personal view of its many residents. It gives the visitors an idea of the lives these magnificent creatures live.

San Francisco has a warm-summer Mediterranean climate with moist and mild winters. The best time to explore the city is during the fall season which starts from September to November. San Francisco witnesses a huge rush of tourists during rest of the months too.