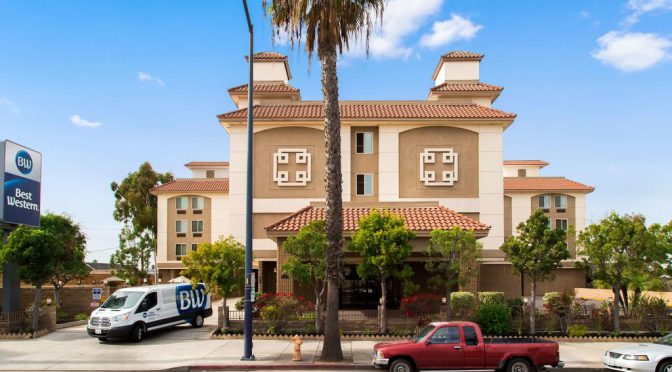 Property Location
With a stay at Best Western of Long Beach in Long Beach, you’ll be close to City Place Shopping Center and RMS Queen Mary. This hotel is within close proximity of Museum of Latin American Art and One World Trade Center.

Rooms
Make yourself at home in one of the 99 air-conditioned rooms featuring refrigerators and microwaves. Your room comes with a pillowtop bed. Flat-screen televisions with cable programming provide entertainment, while complimentary wireless Internet access keeps you connected. Private bathrooms with shower/tub combinations feature complimentary toiletries and hair dryers.

Amenities
Don’t miss out on recreational opportunities including an outdoor pool and a fitness center.

Dining
A complimentary continental breakfast is served daily from 6 AM to 9:30 AM.

Business, Other Amenities
Featured amenities include a 24-hour business center, express check-in, and express check-out. A roundtrip airport shuttle is complimentary during limited hours, and a cruise ship terminal shuttle is also provided at no charge.