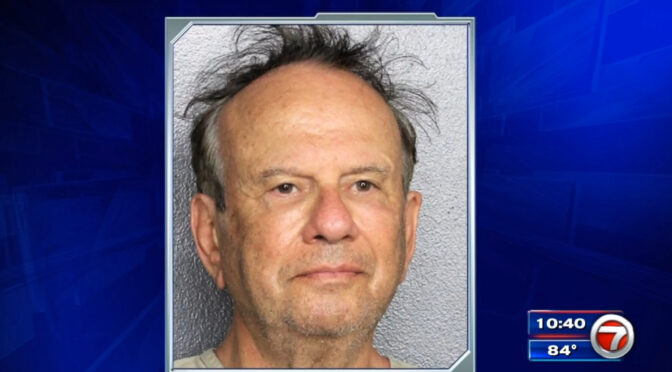 FORT LAUDERDALE-HOLLYWOOD INTERNATIONAL AIRPORT, FLA. (WSVN) – Authorities have arrested a 74-year-old man after, they said, he claimed he had a bomb in his possession during a dispute at a Fort Lauderdale-Hollywood International Airport ticket counter, prompting deputies to evacuate three terminals while they investigated.

According to the Broward Sheriff’s Office, Wegal Rosen was engaged in a heated verbal dispute with a ticket counter employee in Terminal 2, at around 8:30 a.m., Saturday. 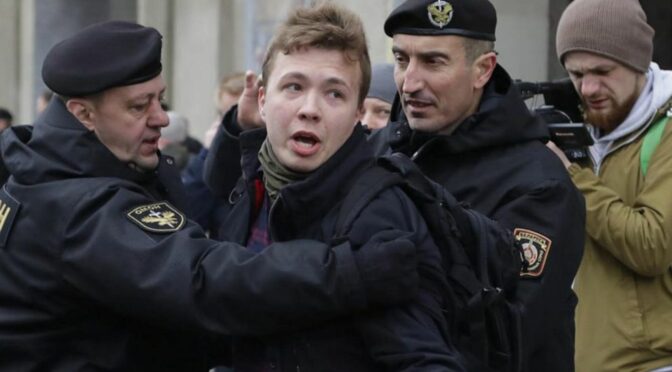 The RyanAir pilots were told by air traffic controllers in Belarus that there was a bomb on board the flight and they had to land at Minsk airport, as a ruse to arrest a prominent activist.

‘They say code is red’: transcript of controller telling plane to land in Minsk – Reuters 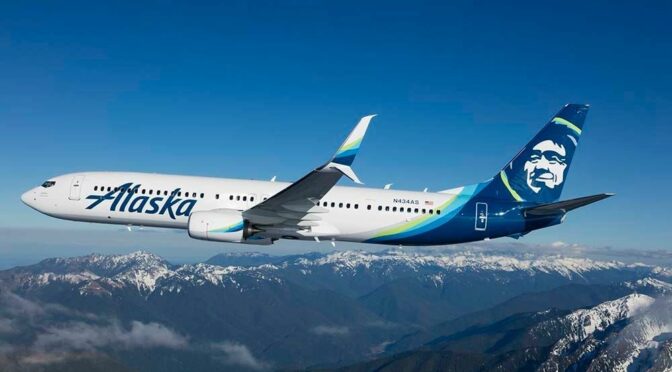 DENVER — A Colorado man accused of disrupting an Alaska Airlines flight from Seattle to Denver by refusing to wear a mask and then standing up and urinating in the cabin faces a federal charge of interfering with a flight crew and attendants that carries a maximum term of 20 years in prison and a possible $250,000 fine.

The FBI arrested 24-year-old Landon Grier of Canon City after the flight landed March 9, according to an affidavit filed in U.S. District Court in Denver.

The affidavit by FBI Special Agent Martin Daniell III, who interviewed Grier and crew members, says Grier appeared to be trying to sleep but swatted at an attendant when she asked him repeatedly to put on his mask, as required by the Federal Aviation Administration. 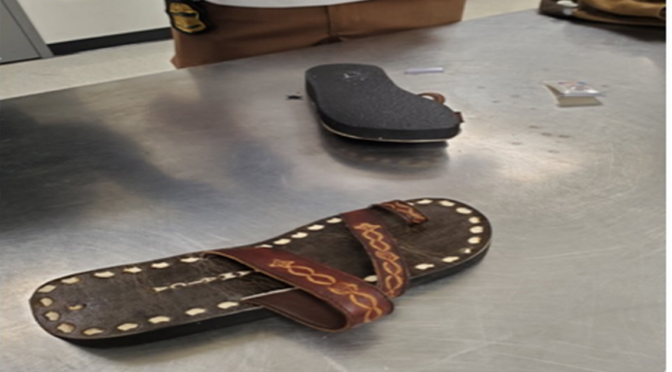 A drug bust at Miami International Airport had a decidedly Florida flavor.

One clue: the brown and beige sandals were rather heavy for such a simple looking pair.

According to U.S. Customs and Border Protection officers, a man traveling from Jamaica tried to smuggle more than a pound of cocaine inside a pair of sandals.

On Friday, officers said they found a white powdery substance and a tiny drug balloon, or pellet, concealed in the casual footwear during a baggage inspection. The items weighed about 1.3 pounds and field tested positive for cocaine.

They also discovered that he swallowed more than two dozen pellets filled with cocaine. 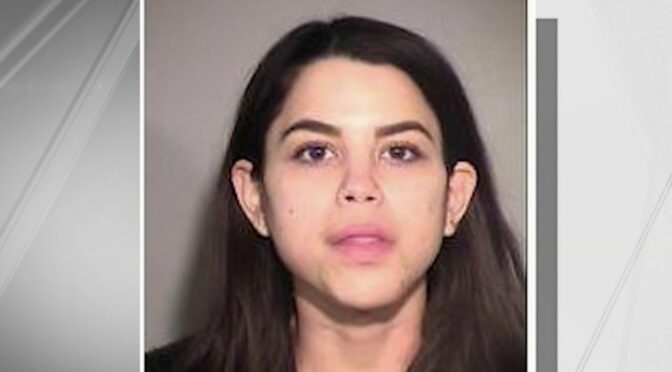 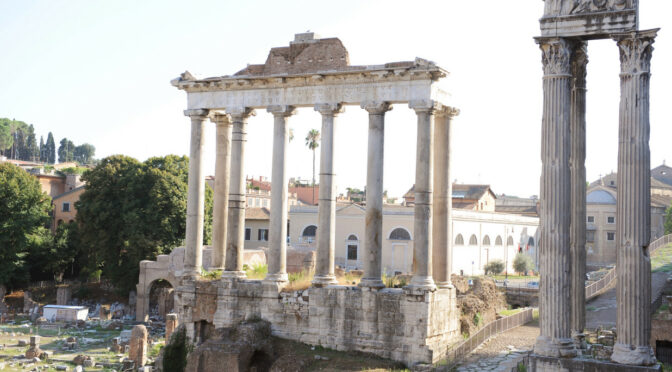 An American tourist has returned a fragment of ancient marble stolen from a trip to Rome — along with a note apologizing for “being such an American a–hole.”

The Nation Roman Museum received a bulky package this week from Atlanta, Georgia, which contained the rock inscribed with the message, “To Sam, love Jess, Rome 2017” in black marker, the Guardian reported.

Along with the parcel was a letter asking for forgiveness from a visitor, who museum officials assume was a young woman named Jess.

“In 2017 she must have come to Rome, and took this fragment of marble in order to gift it to her boyfriend,” museum director Stéphane Verger told Italian newspaper Il Messaggero. 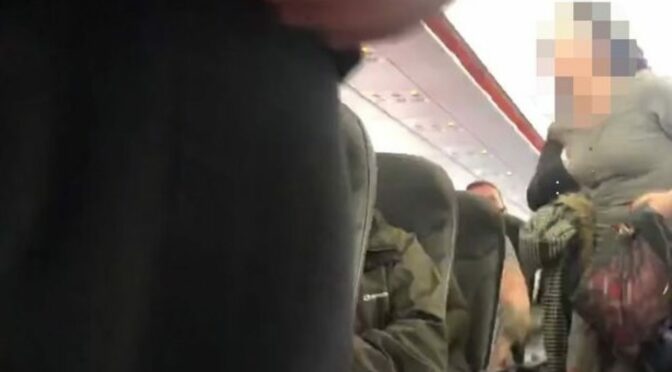 A passenger on an Easyjet flight from Ireland to Scotland reportedly made a scene, shouting expletives and warning her fellow travelers that “everybody dies!” after she was asked to leave the plane for refusing to wear a face mask.

“Police attended flight EZY481 from Belfast to Edinburgh on October 18th due to a passenger behaving disruptively on board and refusing to wear their face covering,” a spokesperson for Easyjet confirmed in a statement to Fox News.

“In line with EASA (European Union Aviation Safety Agency) guidelines, all passengers are currently required to bring their own face covering for their flight which must be worn during boarding and onboard, except when eating or drinking,” the statement continued. “Passengers receive clear communications before they travel and via announcements onboard to ensure they are aware of this requirement for the health and safety of everyone on board. We will not tolerate disruptive behavior towards other passengers and crew.” 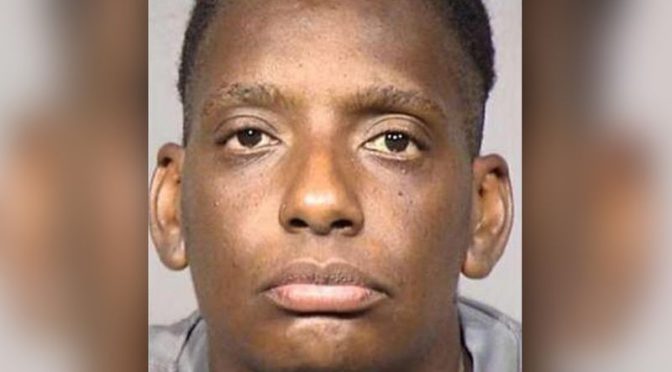 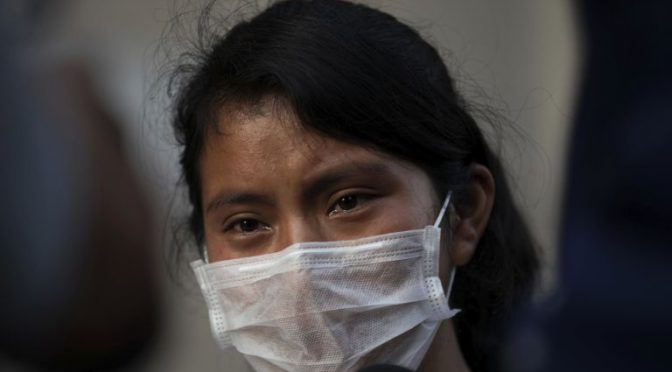 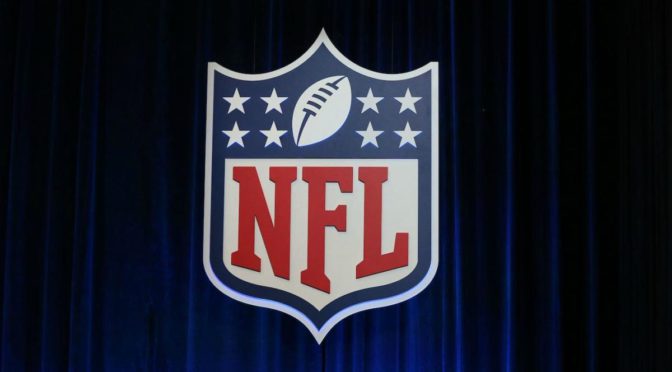 An NFL player has anonymously filed a lawsuit against United Airlines over an alleged sexual assault that took place in February. In the lawsuit, which was obtained by Bleacher Report’s Master Tesfatsion, the anonymous player is seeking damages for sexual assault, intentional infliction of emotional distress, negligent infliction of emotional distress, negligence and negligent hiring, training, supervision and retention by United.

The player used the alias of “John Doe 1” to file the lawsuit. The player was sitting next to another man, “John Doe 2,” who is also a part of the lawsuit. The alleged sexual assault took place on a red-eye flight between Newark and Los Angeles that took place on February 10. In the lawsuit, the unidentified player claims that an “intoxicated” woman grabbed his penis and ripped off a mask that he had been wearing over his mouth and nose. The player had been wearing the mask for protective measures during the early stages of the Coronavirus pandemic.