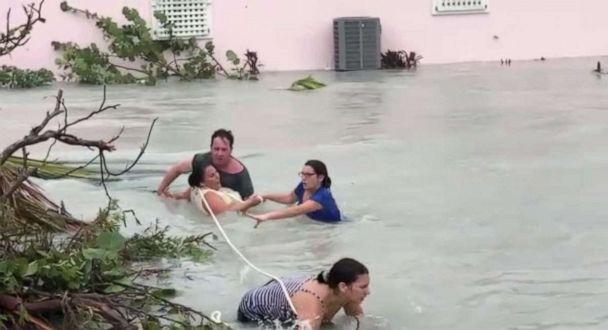 Dramatic video shows the “race against time” as a group of people in the Bahamas swam through raging floodwaters as the eye of Hurricane Dorian passed overhead.

ABC News correspondent Marcus Moore and his crew captured the footage as the eye of the Category 5 storm moved over the Abaco Islands Sunday.

(MORE: Hurricane Dorian kills at least 5 in the Bahamas; US coastline braces for impact)

“Things had calmed down and we were able to go outside for the first time, and started seeing people coming out of homes that had been destroyed in the area,” Moore said on “Good Morning America” on Monday.

That’s when he saw a group several hundred yards away.

“We could hear them screaming and our producer — he was separated from them by this rushing, this torrent of water — he had to swim,” Moore said. “Because it was really a race against time, because we were in the eye of the storm. So it was calm, but we knew that within minutes that the rest of the storm would come through and it would be intense once again.” 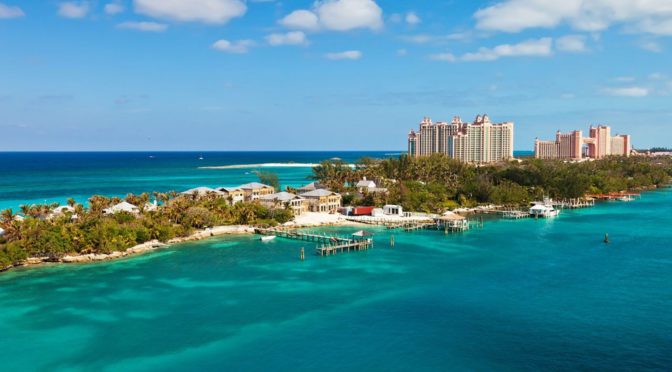 Officials for the U.S. State Department have issued a level 2 travel advisory warning for the Bahamas due to crime, including burglaries, robberies, sexual assault and risks associated with using unregulated recreational watercraft.

The warning, released Feb. 25, urges American tourists to “exercise increased caution” when traveling to, and staying in, the popular tropical islands.