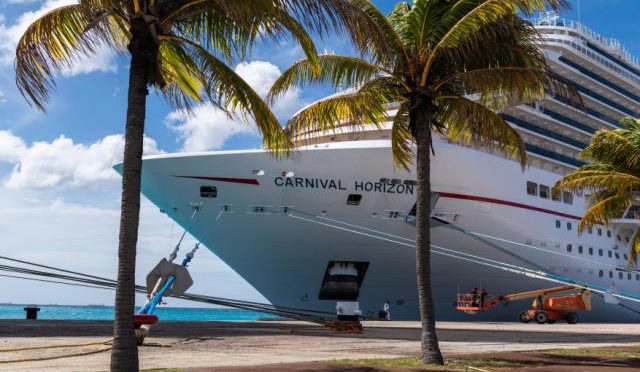 A passenger aboard Carnival Cruise Line’s biggest ship died on Friday as the boat was returning to port in Miami.

The man — identified as Brian Rice — fell four stories from a balcony on the ninth deck of the Carnival Horizon to the fifth, a public information officer from the Miami-Dade Police Department confirmed to PEOPLE.

Medical staff on board had attended to Rice after the fall, the police rep said. Authorities were called to the scene on Saturday, when the ship was docked.

Darren J. Caprara, director of operations of the Miami-Dade County Medical Examiner Department, told PEOPLE an initial investigation determined that Rice died as a result of a blunt force trauma injury resulting from a fall.

His death is being ruled an accident, though an investigation is still ongoing.

For this trip, it had set out on a six-day, round-trip tour of the Western Caribbean, stopping in Mexico, the Cayman Islands and Jamaica.

“We can confirm the death of a guest on Carnival Horizon as the ship was returning to Miami on Friday evening,” Gulliksen said in a statement to PEOPLE. “Our CareTeam continues to provide support to the guest’s family and we cooperated with the standard law enforcement investigation when the ship arrived to PortMiami on Saturday morning. Our thoughts and prayers are with the guest’s family.”