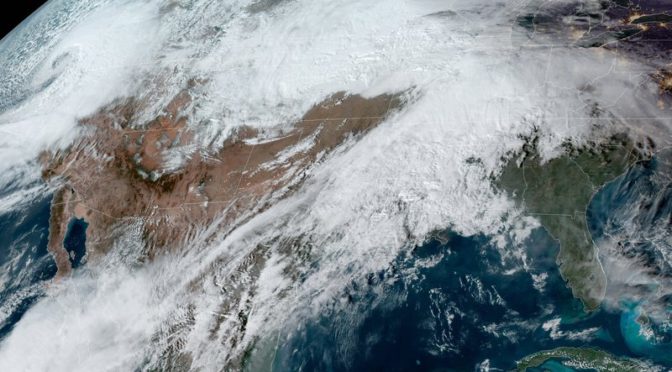 Hurricane-force winds, blizzard conditions, heavy snowfall — and a “bomb cyclone” on the West Coast: Those are the dire predictions of weather forecasters, who are warning Thanksgiving travelers to be cautious and prepare for delays as two powerful back-to-back storms hit the western and central U.S. this week.

The warnings come as Denver and other cities are already coping with heavy snowfall from a winter storm that is hitting the southern and central Plains region. The NWS office in Cheyenne, Wyo., reported getting more than 12 inches of snow by midday on Tuesday. But elevated areas west of Fort Collins, Colo., reported more than 30 inches.

That storm is still developing and is expected to dump up to a foot of snow in a broad region by Thursday as it moves from the Plains to the upper Mississippi Valley, across the upper Great Lakes and into northern Maine, the NWS says. It adds that heavy snow could affect travelers at airports from Denver to Minneapolis-St. Paul.