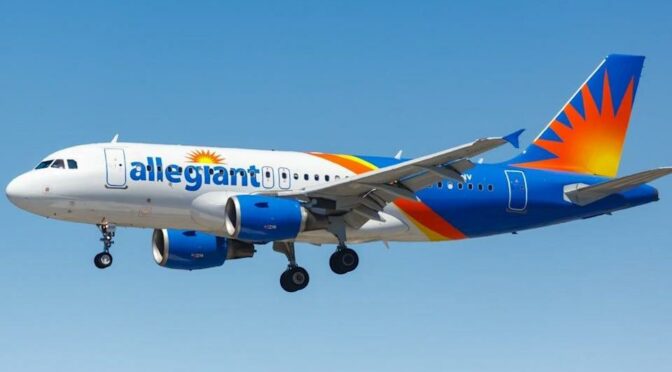 Allegiant Air announced a slew of new routes on Tuesday, focusing on popular leisure destinations across the US.

Ultra-low-cost carrier Allegiant is expanding its route map with nine new routes to states like Texas, Tennessee, California, and Georgia, focusing heavily on the cities of Austin and Nashville.

“We’re thrilled to kick off 2022 with a network expansion in twelve of our markets,” Allegiant’s senior vice president of revenue and planning, Drew Wells, said in a press release. “These new routes will grow our presence in Austin, where we recently opened a base, while connecting travelers in some of the smaller cities we serve to several popular vacation destinations such as Nashville, Savannah, Roanoke and San Diego.”

Allegiant’s expansion at Austin-Bergstrom International Airport comes as major players, like American Airlines and Southwest Airlines, take a stronghold on the market. Southwest has historically dominated the airport, but other carriers have since realized the increasing demand in the fast-growing metro city that has been bolstered by tech companies, the busy service industry, festivals, and the University of Texas at Austin, according to ATXplained.

Southwest and American are the airport’s biggest operators, with both carriers announcing new routes to the Texas boomtown in 2021. As of November 2021, Southwest had 34.3% of the market share, while American had 23.4%, according to airport data. Delta Air Lines and United Airlines were the only other carriers to have shares in the double digits, with 13.7% and 11.9%, respectively.

While Allegiant has lagged behind in Austin, taking just 1.7% of the market in November, it is the first airline to open a base at the historically non-hubbed airport, according to the carrier.

“Austin has been a really exciting location for Allegiant – not only do leisure travelers appreciate having convenient access to the incredible music scene, cultural and historic attractions the community has to offer, but local residents have also flocked to our affordable, nonstop flights for their travel needs,” Wells said in an April press release. “It makes perfect sense to establish a permanent base in Austin, further establishing Allegiant as a hometown airline in a city we love and where we plan to grow.”

Allegiant’s base opened in November, but its expanded presence in 2022 will bring low fares to compete with the airport’s major operators. According to the budget airline, fares to the city will start as low as $49 one-way.

In addition to Austin, Allegiant is also bringing low fares to Nashville, which was named the fastest-growing metropolitan city in Tennessee from 2010 to 2020, according to US Census data. The airline will connect the Music City to a handful of markets starting at $39 one-way.

Between Austin and Sarasota, Florida

Allegiant will fly between Austin and Sarasota beginning April 14. The airline will not face any competition and fares start at $49 one-way.

Between Austin and San Diego, California

Allegiant will fly between Austin and San Diego beginning April 20. The airline will compete with Alaska and American on the route with fares starting at $49 one-way.

Between Austin and Washington DC