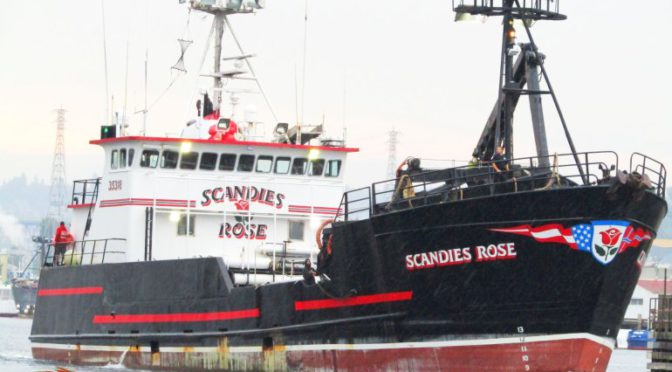 Five people were reported missing after a crabbing vessel sank off the coast of the Alaskan peninsula Tuesday night.

According to the U.S. Coast Guard, two other people were rescued since the Fishing Vessel Scandies Rose sank near Sutwik Island in the Gulf of Alaska,

A mayday call was heard around 10 p.m. local time, according to Seattle FOX affiliate Q13.

Winds of 40 mph made for unstable sailing conditions Tuesday evening, including 15- to 20-foot waves and decreased visibility.

“We are conducting an extensive search in a 300-square-mile area to locate the five missing persons from the Scandies Rose,” Lt. Wade Arnold, Coast Guard command duty officer at the 17th District command center, said in a statement.